EDINA, Minn. (FOX 9) - In a lawsuit, a family claims an Edina elementary school strip-searched their son after they suspected him of having an accident in the bathroom.

Attorneys say the search was ultimately traumatic for the boy who has suffered mental and emotional distress.

"This situation is certainly bizarre; it’s unusual and perhaps unique," said attorney Mashall Tanick, who represents the young boy and his mother.

The boy's family argues that a supposed strip-search is both illegal and a blatant violation of the child's privacy, but the district is gearing up for a court fight.

The family alleges the child, who was in second grade at Countryside Elementary School at the time of the incident in the spring of 2018, was sent to the nurse’s office.

According to their lawsuit and district investigative documents Tanick provided to FOX 9, staff at the school was attempting to figure who might have had a diarrhea accident on the floor of the boy’s bathroom.

They claim the child was unfairly singled out and was sent to the nurse’s office where he was forced to bend over and pull down his pants for what they call a “body cavity strip search." 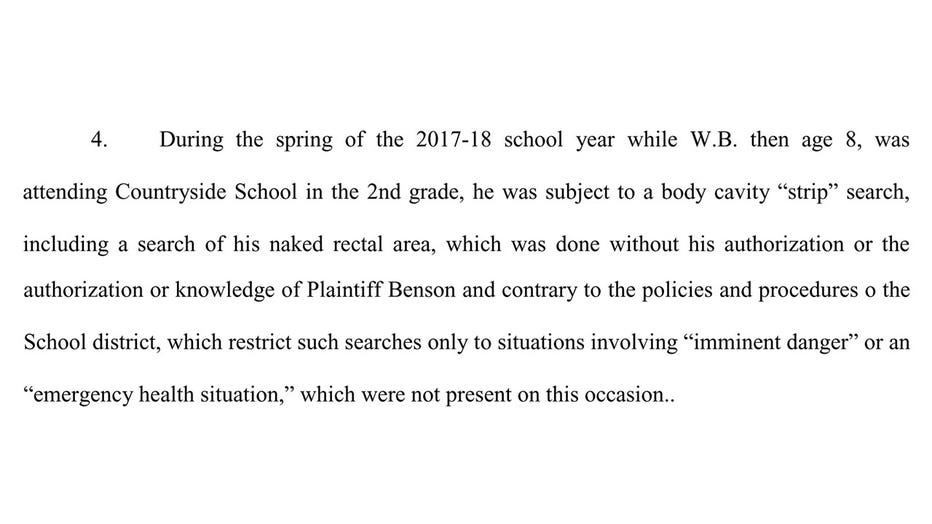 An excerpt from the suit claims the school performed the body cavity strip search without authorization from the boy's parents. (Supplied)

"The student is claiming an assault and battery and unlawful intrusion in the privacy of the student by engaging in this unlawful, unauthorized and wrongful strip search," says Tanick.

The district issued a written statement Thursday vehemently denying the allegations and promising to defend itself from “inaccurate and misleading” claims. But Tanick insists the district had done wrong on multiple fronts, singling out:

1.) The alleged search of the boy’s backside;
2.) A failure to inform his parents about the incident at all;
3) Its refusal to provide the family the full investigative file conducted by an outside law firm.

"The school district has a policy that says parents will be informed of any action like this before it takes place," he explains. "The parents weren’t informed before, during, or after it took place." 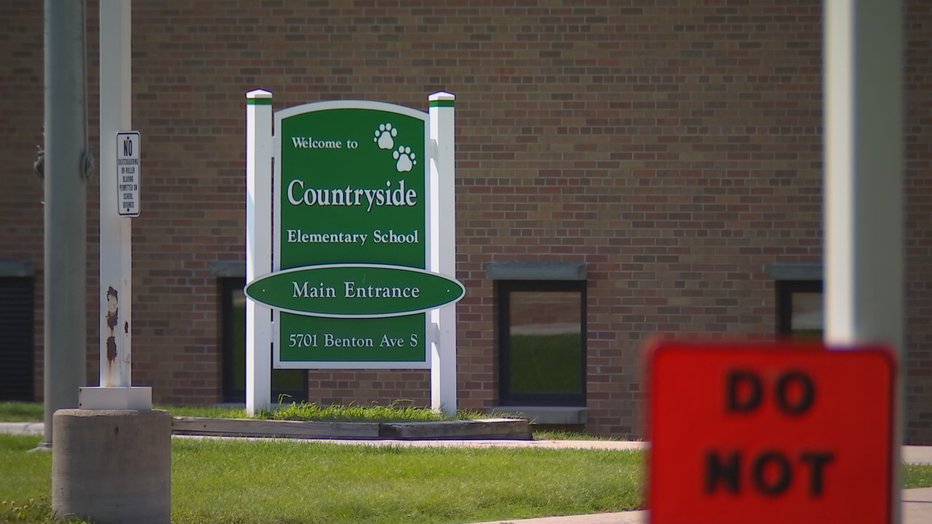 Countryside Elementary School officials are accused of conducting an improper strip search of the boy.

Full statement from the school district

In a statement on Thursday, Edina school officials said they were unable to extensively comment on the lawsuit but provided the following statement where they denied the allegations:

"District staff acted to support this student, and it is unfortunate that this matter has progressed to this point based on significant misunderstandings of the District’s actions. District staff at all times has the best interests of its students as their primary focus and goal, and the District remains committed to providing the best possible education and environment for its students."