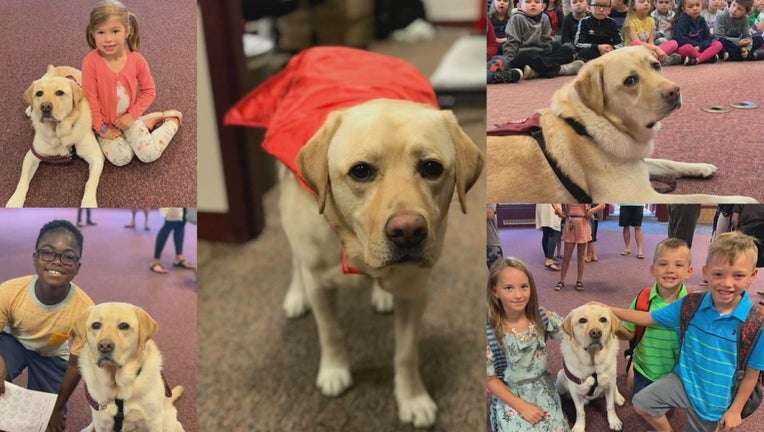 Sèamus poses for pictures with kids, who staff say love his presence at school.

“He is running, jumping, rolling, back to his old self,” says Lake Marion Elementary school principal, and Seamus’ primary handler, Bret Domstrand.

A Lakeville school resource dog lost his leg in a cancer surgery, but he is set to return to class later this month.

The former service dog turned school resource dog has spent most of his days over the past three years greeting, guiding and comforting kids at Lake Marion Elementary through everything from first classroom tours to therapy assistance and reading.

“Sèamus is the bridge to get the kids to feel confident,” says Domstand. “They see him and they forget about the things they are worrying about.”

This summer and into the fall, Domstrand started to worry about arthritis, which forced Sèamus to retire from service work. It turned out he had cancer in his left elbow, and in order to save the life of the school's so-called goodwill ambassador, the obvious choice was to amputate one week before his 7th birthday.

“It was hard being a parent of Sèamus,” says Domstand. “My wife and I and our son. We are going through this amputation thinking, 'what’s this going to be like?' And, oh by the way, we’ve got to guide the whole community through too. That was a new challenge as a principal." 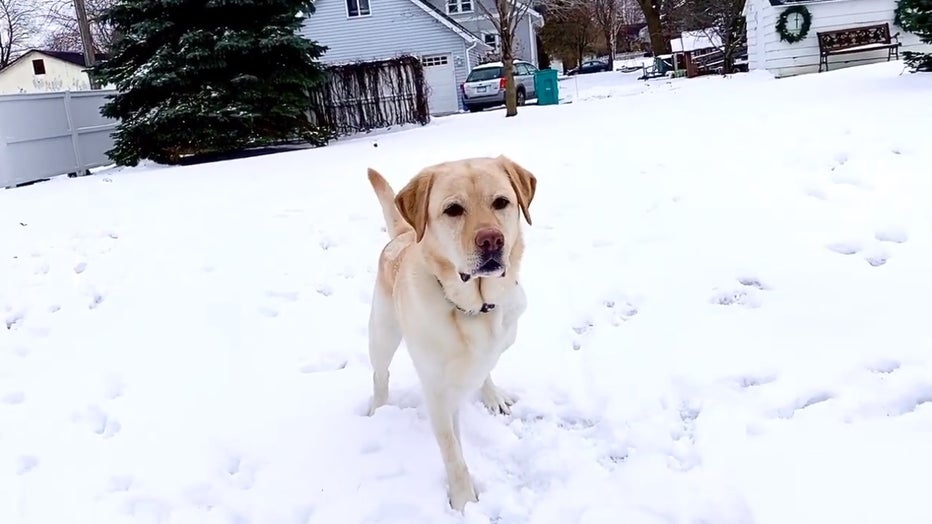 Domstrand is thankful for the Lakeville Family Pet Clinic which takes care of the medical needs for all five of the district’s school resource dogs at cost. The PTO paid the $3,000 bill for the amputation. Plus, they are selling Sèamus dolls continue to raise money for his various needs.

“Now we just have a few things to figure out,” says Domstrang. “How does he navigate small spaces? Moving around with that one leg."

Domstrand hopes to bring Sèamus back to school, first to reunite with staff on January 20 when the schools 700 students will be off for the day. Gradually, students will be reunited with Sèamus next month.

“He is such a fixture at Lake Marion that with being gone, his absence is felt.,” says Domstrand.

For more information on the dolls, email Dormstrand at Bret.Domstrand@isd194.org