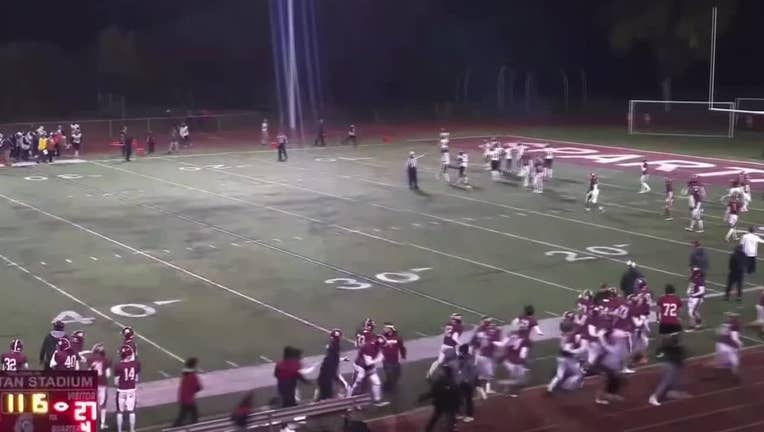 A shooting outside a Richfield High School football game on Sept. 23, 2022, sent players and fans running.

RICHFIELD, Minn. (FOX 9) - Hennepin County Attorney Mike Freeman says a juvenile has been charged in the shooting at a high school Football game in Richfield, but because of the suspect's age they will not be able to elaborate on what is in the charges.

Two men – an 18-year-old and a 21-year-old – suffered non-life-threatening injuries in the shooting. Police said on Sunday they are in good condition and are back home.

Two juvenile suspects were arrested. One, a 15-year-old and the suspected shooter, was charged Wednesday, while the other, a 16-year-old, was released from custody on Tuesday.

Freeman's office says the case remains under investigation as they consider additional charges.

A suspect in the shooting outside a Richfield High School football game that caused mass panic last week has been released from custody. Charges against the suspected shooter could come as soon as noon on Wednesday.