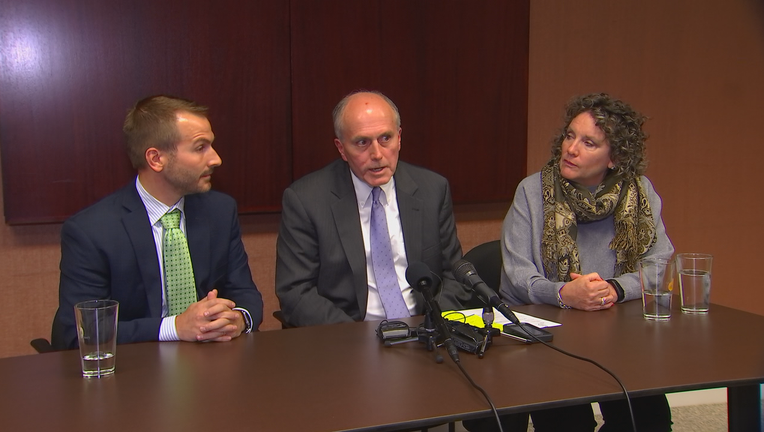 “The business community in downtown Minneapolis is not standing idly by while the events that we’ve experienced, especially recently, have occurred. That’s not going to be our new normal,” Steve Cramer, President and CEO of the Mpls Downtown Business Council, said.

Cramer and other business community leaders said they decided to take a public stand and demand some action to make downtown safer after a man was shot and killed near the corner of Hennepin Avenue and 8th Street on Saturday night.

“We just can’t put our head in the sand and pretend it’s not happening. It is and we need to respond effectively to it,” Cramer said.

Cramer and Jonathan Weinhagen, President and CEO of the Minneapolis Regional Chamber said in a press conference on Wednesday they both support Minneapolis Mayor Jacob Frey’s proposal to add more police officers to the department.

Some downtown businesses are taking safety measures into their own hands. The president of JB Hudson Jewelers, Nick Pechman, said this year the store invested $100,000 in security. In previous years he said they had invested around $8,000.

“Unfortunately what we’ve seen in recent years is kind of this slow digression into an environment where we’re experiencing public health risks, disturbances right outside our doors, whether it’s public intoxication, drug use, other aggressive solicitation tactics and loitering and things like that,” Pechman said.