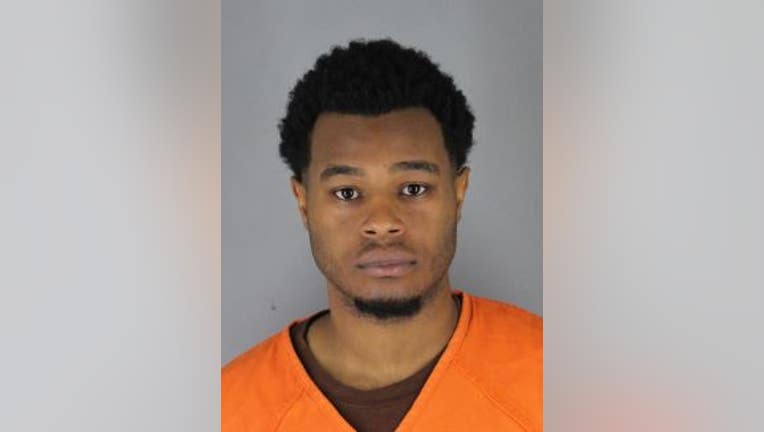 Varnell Allen is charged with second-degree murder in the shooting death of Enzo Herrera Garcia, 21, of Apple Valley.

Allen stopped the car and he and his passenger got out. Allen was holding a handgun.

The two men started fighting with Herrera Garcia, and Allen reportedly pistol-whipped him. At one point during the altercation, Allen dropped his gun, picked it up and fired one shot that struck Herrera Garcia in the chest.

Allen and the other man drove off, but a witness recorded his license plate number. Surveillance video also captured the shooting.

When officers arrived, they found Herrera Garcia lying in the street. He was taken to the hospital, where he died a short time later.

Officers tracked Allen to the south Minneapolis house listed on the car's registration, where they eventually arrested him on Sunday.