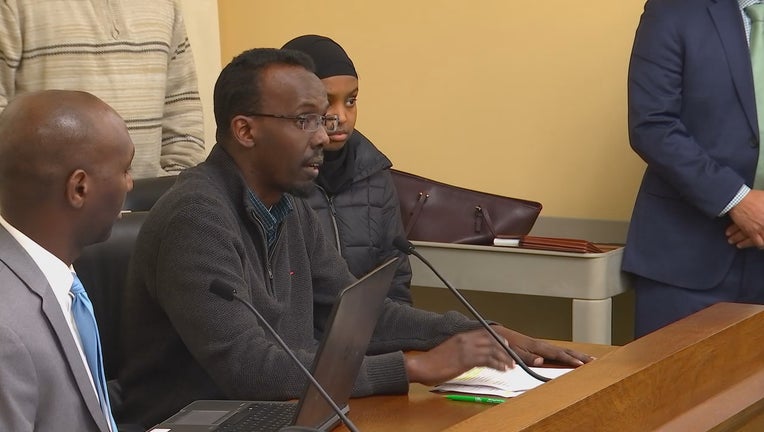 ST. PAUL, Minn. (FOX 9) - Family and friends of the five victims of a deadly Minneapolis fire pleaded with state lawmakers to force apartment building owners to retrofit their high-rises with sprinklers.

The day before Thanksgiving, an overnight fire ripped through the 14th floor of an apartment building in the Cedar-Riverside neighborhood. The building, owned by the Minneapolis Public Housing Authority, did not have sprinklers.

“This is personal to me,” said Hassanen Mohamed, who knew the fire victims. “I cannot say enough how our mothers feel because I’ve been to that building every night, sitting down with them, ensuring them we’re going to do something about this

Buildings built before 1979, including the Cedar-Riverside tower, have never been covered by the state’s sprinkler requirements. Developers of newer buildings must include the devices.

“We have a path leading us forward to retrofit every single multi-story apartment building in the state of Minnesota,” he told lawmakers.

The legislation requires apartment owners to notify state officials within two years of their retrofitting plans.

But the process will not be easy in older buildings, cautioned George Sherman of Sherman Associates, a Minneapolis-based company that owns apartment buildings across the state.

“I wouldn’t tell people that this is a slam dunk installation process. It has to be done thoughtfully,” Sherman testified. “But the loss of life is not worth postponing this longer.”

Lawmakers have previously considered the requirement. But the rule has never passed the state Legislature and been signed into law by Minnesota’s governor.