ST. PAUL, Minn. (FOX 9) - Family members are speaking out after a woman and her two children were fatally shot Saturday night in St. Paul.

Police arrested a 26-year-old man in connection to the shooting, and family members believe he is the person responsible. They say he was the mother’s boyfriend and while someone requested a welfare check on the home twice in the last week, family said they were unaware of any dangers.

Family members are mourning after a woman and her two children were fatally shot Saturday in St. Paul. A 26-year-old man is in custody.

D’Zondria’s cousin, Moesha Whitehall, had met the man arrested by police only four times. While she was extremely close with the kids and their mother, she said none of them ever said anything that would raise concern.

"If I knew this is what it was going to end, I would have protected her sooner and said, ‘I’m sorry he is not the one for you,’" Whitehall said. 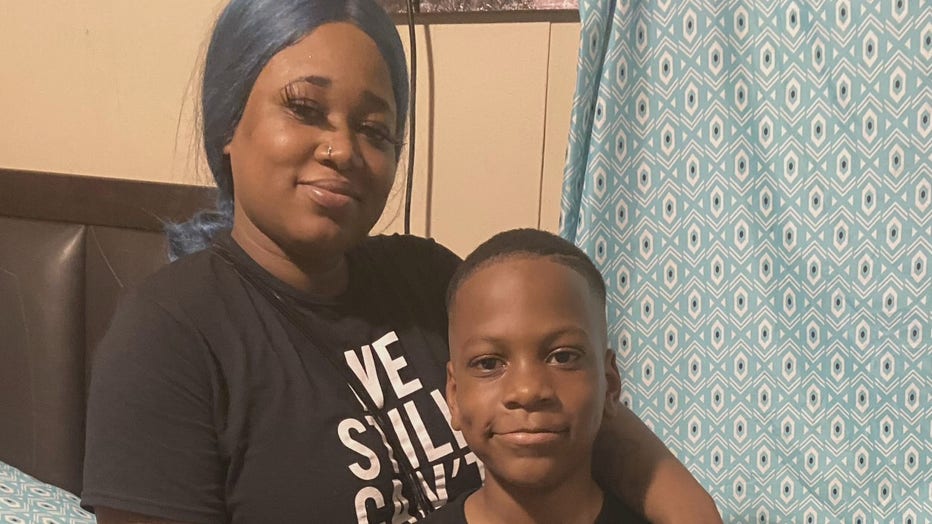 Police say out-of-town family requested a welfare check at the home only an hour before the shooting, but that D’Zondria assured the officer she was OK.

"I wish I could have protected her and said, 'You’re not OK. You don’t have to say this if you’re scared,'" Whitehall said. "I think she was just really scared and frightened and saying I’m OK is the quickest thing to do."

The suspect was taken into custody by SWAT team officers Sunday at an apartment where he was hiding out, only four miles from the scene of the murder.