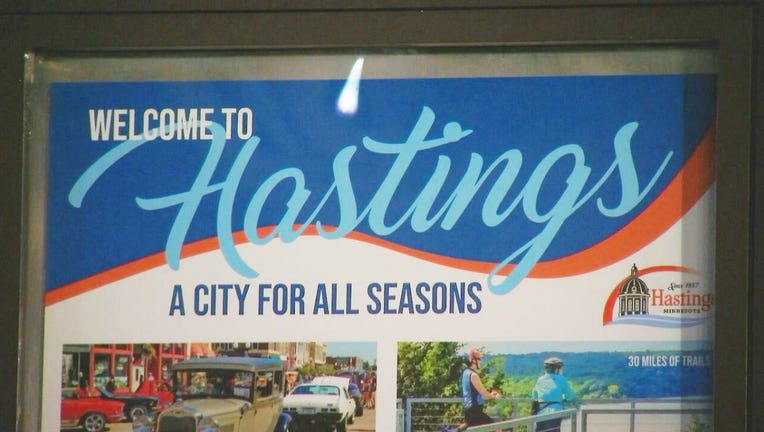 HASTINGS, Minn. (FOX 9) - Wednesday night, people in Hastings are turning on their porch lights to show support for the Hastings School Board Chair and her family. Chair Kelsey Waits did not win reelection. She recently told CNN that was a bit of a relief, because what unfolded this election cycle is causing her family to move.

Wednesday night people in Hastings are turning on their porchlights to show support for the Hastings School Board Chair and her family.

Waits will hold her seat until her term expires next month but recently opened up CNN about all she says transpired during her attempt at reelection including members of a group called "Concerned Parents of Hastings." outing her transgender child on social media.

In a statement, Waits says in part "Since these posts were made public…the fears that drove us to remain private have been confirmed. Our child has begun to be misgendered by other children, they are experiencing increased fear and anxiety, and my husband’s workplace has been impacted, and our family has been targeted with sustained harassment in a community we used to call home.

Bullington is a longtime friend of Waits and founder of Hastings Progressives Group. He’s helping coordinate a rally Saturday,  intended to show the Waits family and the world this situation is not what Hastings is about.

"There were some indications that some individuals running for school board and their supporters were involved in some of this activity and some of the speech, " says Bullington. "Not very many people knew it was this bad."

Members of the LBGTQ community,  business owners,  politicians, and many more plan to attend the rally. The Mayor of Hastings, Mary Fasbender, hopes the message is loud and clear.

"I have known Kelsey and her family since they moved here and she has given so much to our community and our school district and the kids of our community and its nondeserving," says Mayor Fasbender. "It’s a small group that has affected our community and we are going to show we are louder to support the Waits family.

FOX 9 tried to reach out to the  Facebook group being blamed for this, and the newly elected school board members said to be part of it. We have not heard back.