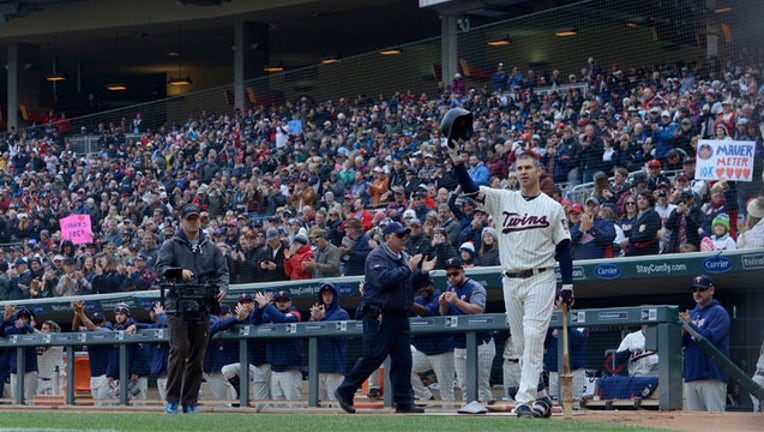 Joe Mauer #7 of the Minnesota Twins acknowledges the fans before his at bat against the Chicago White Sox during the first inning of the game on September 30, 2018 at Target Field in Minneapolis, Minnesota. (Photo by Hannah Foslien/Getty Images)

The St. Paul native retired last season after playing all 15 years of his professional baseball career with the Twins. The team will retire his No. 7 in a special ceremony before Saturday's game against Kansas City.

Walz will present the procclaimation to Mauer at Friday night's Twins game.