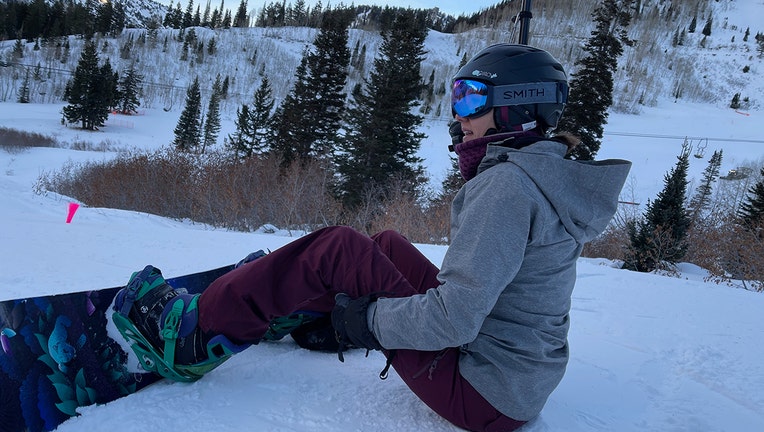 When Courtney Godfrey lost her lower left leg in a boating accident in 2017, she wasn’t sure if she would be able to snowboard again. Now, she’s heading to Europe to pursue competitive adaptive snowboarding.  (FOX 9)

(FOX 9) - FOX 9’s Courtney Godfrey is trading her reporter notepad for a snowboard.

Godfrey announced Wednesday she will be taking a temporary leave of absence from her reporting duties at FOX 9 to pursue a competitive snowboarding career.

FOX 9’s Courtney Godfrey is trading her reporter notepad for a snowboard. Godfrey lost her lost her lower left leg in a boating accident in 2017. Since then, she’s taken on life with a new purpose as an advocate, mother and an adaptive athlete. Next month, she’s embarking on a new journey to take her passion for snowboarding to the next level with her sights set on the upcoming Winter Paralympics.

Godfrey was in a boating accident in 2017 that resulted in the amputation of her left leg below the knee. Since then, she has become an advocate for other amputees, using her platform to encourage and inspire people going through similar trauma.

She said snowboarding has always been a passion of hers, and while she’s never raced before she’s excited for this new challenge.

Godfrey will be training and competing in Europe for the next month. After the holidays, she’ll head to Utah to train with Team Utah Snowboard, with hopes of qualifying for the 2022 Paralympics.

"I’m a long shot, and it will be extremely hard work, but I’m going to give it my all," she said. "At the end of the day, even if I fail miserably I hope I inspire others to chase their dreams."