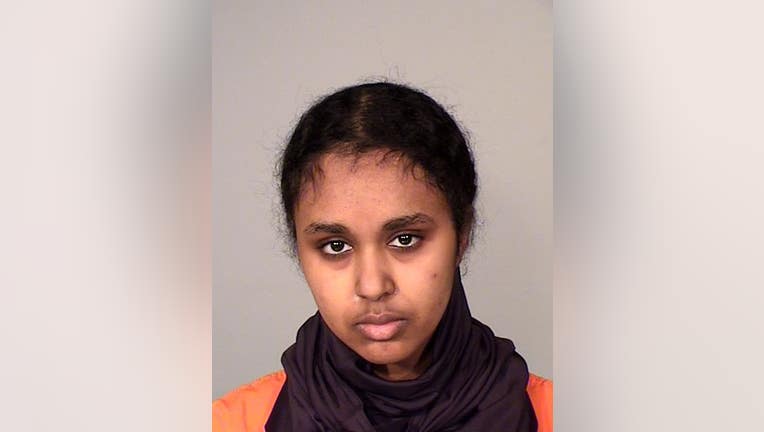 MINNEAPOLIS (FOX 9) - A 22-year-old Minneapolis woman who tried to join al-Qa'ida while she was a student at St. Catherine University in St. Paul has pleaded guilty to attempting to provide material support to a terrorist group.

According to her guilty plea and court documents, while Hassan was a freshman at St. Catherine's in March 2017, she wrote and sent a letter to two other students to encourage them to join al-Qa'ida. In an interview with authorities, she denied writing or delivering the letter.

Then, according to court documents, in September of 2017, she bought a ticket for a flight from Minneapolis-St. Paul International Airport to Dubai, United Arab Emirates and another plane ticket for a flight from Dubai to Kabul, Afghanistan. She took the flight to Dubai, but was unable to continue her journey to Kabul because she hadn't gotten a travel visa. Hassan later admitted she went because she wanted to join al-Qa'ida and had no plans to return to the United States.

In January 2018, Hassan tried to set several fires on the St. Catherine University campus, according to court documents. She admitted she tried to burn down the buildings in retaliation to the United States' opposition to al-Qa'ida. Hassan was charged with first-degree arson in Ramsey County District Court.