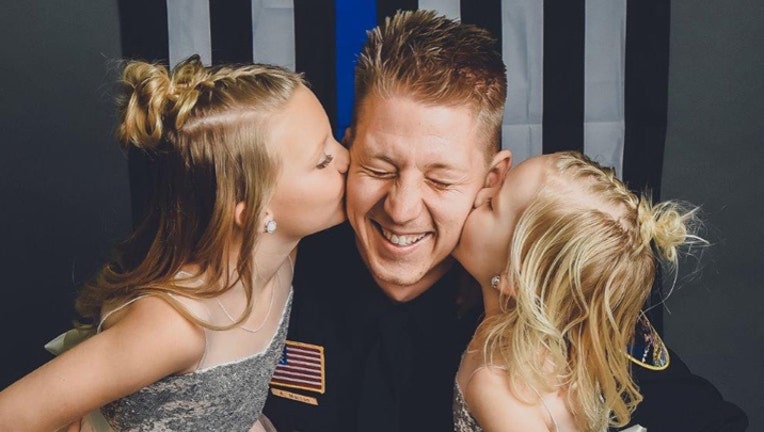 (FOX 9) - Family members say Waseca Police Officer Arik Matson is "loving his facility" as he recovers from injuries he suffered in a shooting back in January.

Recently, Matson was flown out of state to continue his therapy for the next couple of months, as the rehab facilities in Minnesota currently don't have the capabilities to provide the type of care he needs. According to his CaringBridge page, Matson is making new friends, and his therapy is going well.

"He's walking about 150 feet with the help of what's called an [exoskeleton] device to assist him and his therapists are proud of him," read the update. "He's starting to work in a little CrossFit as well so he's been enjoying that too. He says the meals are great and he's always asking for seconds - the staff are hoping he puts a little weight on! Everyone has been so nice and he's really enjoying being there. With Covid, we still aren't able to visit which [has] been tough but we've been keeping in touch as much as possible and his spirits are good!"

Matson was shot in the head on Jan. 6 while responding to a report of a suspicious person in a backyard. The suspect, identified as 37-year-old Tyler Janovsky, was also shot. Janovsky was charged with first-degree attempted murder in connection with the shooting.