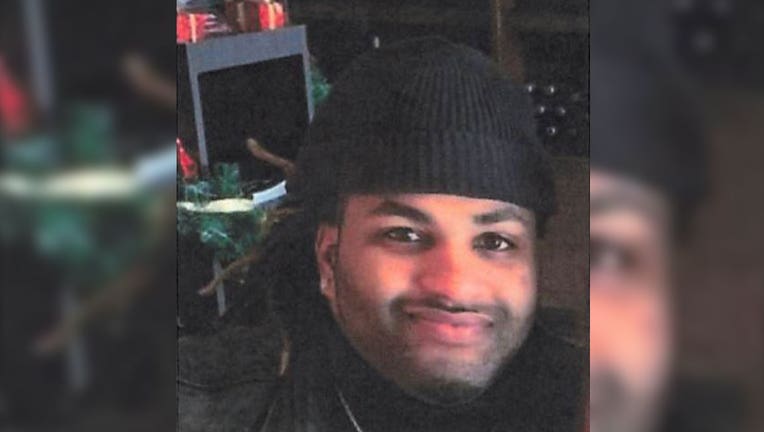 TOWN OF PELICAN, Wis. (FOX 9) - A northern Wisconsin family is asking local residents for help finding the man police say is responsible for their daughter’s death.

Hannah Miller’s parents were shocked when she was voted "the funniest" in high school.

The search continues for a the suspect of a murder in northern Wisconsin. Christopher Terrell Anderson was last known to be in St. Paul, Minnesota.

"We were like, ‘We know you’re kind of funny, but we didn’t know you were that funny,’" said Craig Miller, Hannah's father.

Her jokes are one of the many things they’ll miss. They can’t wrap their heads around why someone would harm their only child.

"This was a tragic ending," said Miller. "It’s something that didn’t have to happen."

Law enforcement officials in Oneida County, Wisconsin found the 26-year-old’s body lying along Highway 9 near Rhinelander on June 30 with a gunshot wound.

Oneida County Sheriff’s Office named 30-year-old Christopher Terrell Anderson, as the suspect. Anderson, who also goes by Bravo, shares a child with the victim. While the child is safe with her grandparents, Anderson is currently on the run.

"My plea is we just have to find this guy and the last place we know he was in St. Paul," said Miller. "The same day she was killed, that’s where he went."

Oneida County Sheriff’s Office believes the suspect is in the Twin Cities after finding the last vehicle he was driving in St. Paul. Anderson was traveling in a PT Cruiser with Minnesota plates, but authorities learned later that he traveled in a 2015 Mitsubishi Outlander. St. Paul police found the Outlander on July 5 and his ties to the Twin Cities are unknown.

Anderson is described as 5 feet 10 inches tall and 245 pounds. Officials also note he has several tattoos including an owl on his chest, a Celtic skull with a halo on his left hand and G.M.F.B. on his right hand.

For Hannah’s family, Wakefield’s arrest is not enough. They are asking for residents to help with finding Anderson.

"There’s got to be somebody that knows something," said Miller. "It’s just a tragic case. The outpouring of support we’ve had from her friends is amazing. We knew we had a great kid, but to have people come to the funeral, flocks of people that we didn’t even know, say that she was unbelievable, just makes you realize what a great kid you had. Unfortunately, she’s gone, and she can’t keep being friends with these people."