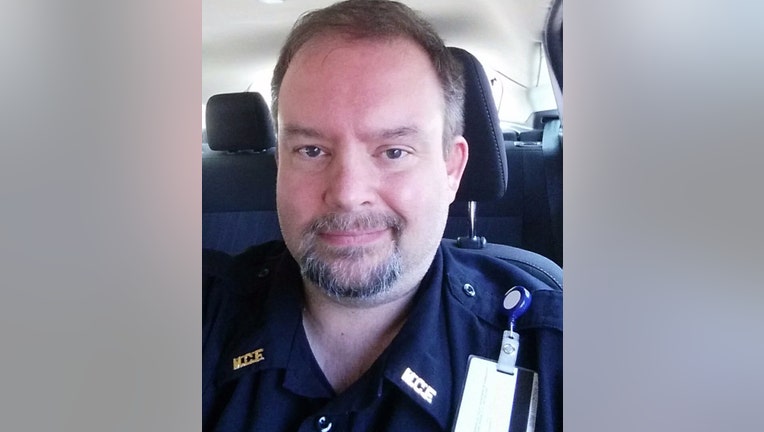 Joseph Gomm, a veteran corrections officer, was attacked and killed by an inmate the state prison in Stillwater, Minnesota in 2018. (FOX 9)

STILLWATER, Minn. (FOX 9) - It’s been two and a half years since Corrections Officer Joseph Gomm was brutally murdered by an inmate at Stillwater prison and still his family waits for a settlement.

"It feels like everybody has forgotten it, pushed it under the rug and no one wants to take responsibility for what happened and how it happened," said Audrey Cone, Gomm’s sister.

It’s been two and a half years since Corrections Officer Joseph Gomm was brutally murdered by an inmate at Stillwater prison and still his family waits for a settlement.

The family says they were approached shortly after Gomm’s death in 2018 and offered a $3 million settlement, yet it’s on them to go to the Legislature and get the payment approved.

"It’s just—it’s hard—and I hope that no other family has to go through what we’re still dealing with," said Audrey Cone.

They’ve been unsuccessful the last two sessions, with no movement in either chamber. On Wednesday they’ll get their very first committee hearing in the Senate. There is still no movement in the House.

"We shouldn’t be put in a position where we have to fight for something that is right. It’s the right thing to do," said Audrey Cone.

If the Legislature doesn’t put the bill up for a vote and approve the appropriation of funds, the family says they’ll file a civil lawsuit. The family says they would rather not go that route, as Gomm’s murder will be extremely difficult to re-live.

"[Legislative action] would be much easier for our family to tolerate than to build a case and litigate and go through the pains that this is going to be if this doesn’t go through," said Chris Cone, Gomm’s brother-in-law.