SAVAGE, Minn. (FOX 9) - The city of Savage, Minnesota is urging residents not to release unwanted fish into ponds, streams or lakes.

Goldfish and Koi can live up to 25 years, reproduce rapidly and survive through the winter, Water Resource Manager Jesse Carlson warned. The invasive species often dig along lake beds, uprooting plants and demolishing food sources of native fish. The constant stir up of mud and sediment by the goldfish can also lower the water's quality.

"If someone dumps them into our water, it could be catastrophic," Carlson said.

The city also shared a photo of a goldfish-filled pond recently taken at Canterbury Park in Savage. 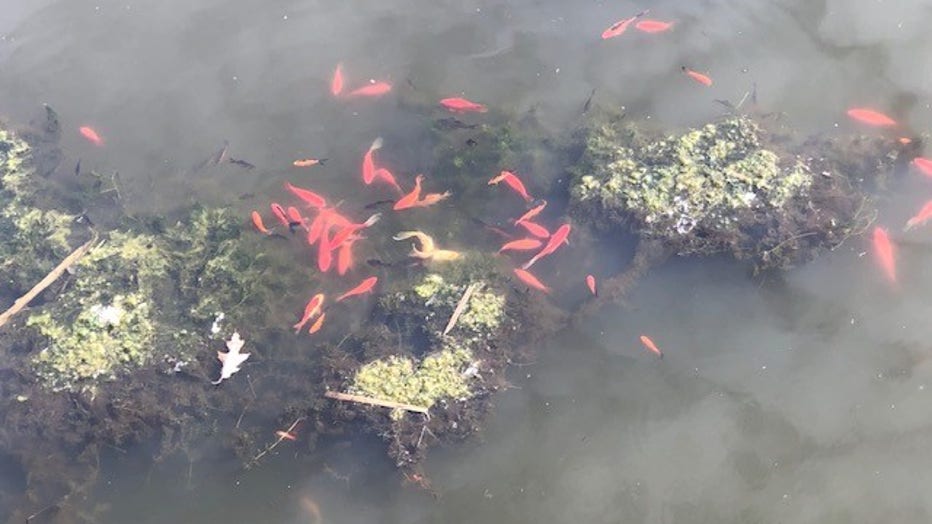 The city of Savage is asking people to not release unwanted fish into local waterbodies. Call 952-882-2686 to report any sightings. (City of Savage)

This is not the only time goldfish have been found in the Twin Cities metro area.