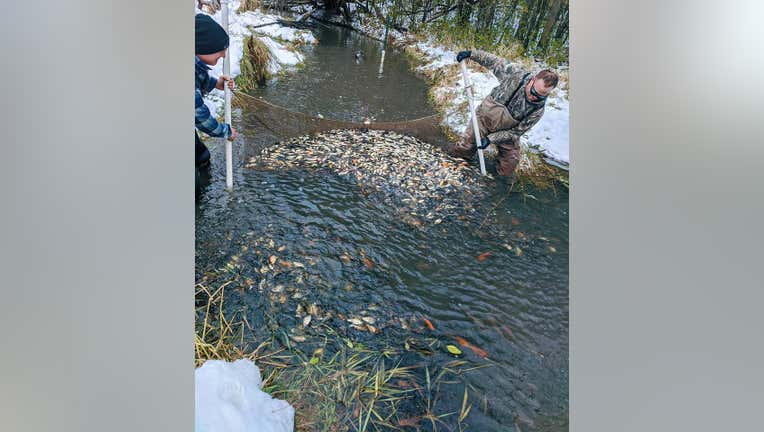 Madeline Seveland with the Carver County WMO says the removal was part of a long-term project to study and remove the invasive fish from the five-lake chain that includes Hazeltine Lake, McKnight Lake, Lake Jonathan, and Lake Grace.

Seveland says staff has been out multiple times to remove and tag the fish so their movements can be studied, but Monday’s removal was by far the largest yet.

An invasive species, goldfish are typically introduced into the water by people who dump them in the lake after keeping them as a pet. Natural bottom feeders, they uproot native plants on the lake bottom causing issues with soil, they also take up resources native fish rely on.

Seveland says the Carver County WMO estimates there are 500,000 invasive goldfish in the chain of lakes.