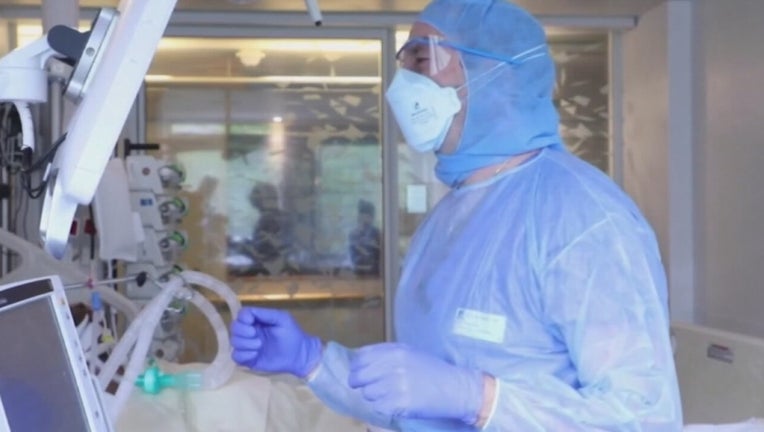 ST. PAUL, Minn. (FOX 9) - Doctors in Minnesota are re-thinking the rush to put COVID-19 patients on ventilators as they learn more about what the virus does to the body. In fact, they're using the equipment now as a last-ditch option.

“We’re learning on the fly with this disease and unfortunately that’s a lot of trial and error,” said Dr. Andrew Stiehm, a top pulmonologist with Allina Health.

Doctors re-thinking use of ventilators for COVID-19 patients

A new kind of technology is being used to help COVID-19 patients recover in lieu of ventilators.

Dr. Stiehm says he and his team are doing everything they can to save lives. One of the major changes being made is the rush to intubate a patient and put them on a ventilator.

“Some of the early recommendations were to very early in the course during someone’s respiratory illness put them on a ventilator because they thought that was the safest thing for them and then the providers to take care of them," said Dr. Stiehm.

Dr. Stiehm says because ventilators are a closed circuit, the air the person is breathing stays in the ventilator, making it a safer choice for healthcare providers to not contract COVID-19. One study out of New York, though, showed 88 percent of 320 mechanically ventilated patients died. Other reports worldwide also show a higher rate of death for those on ventilators.

Dr. Stiehm says they are now trying other methods first like a high-flow nasal cannula or a CPAP machine commonly used for sleep apnea patients.

“Now we’re learning there is this big grey area that maybe we should hold off on the ventilator at least for some number of people,” he said.

Governments around the world raced to create and order more ventilators. Even automobile companies started churning them out at record speed. Although they are still used if nothing else works, Dr. Stiehm says what they're learning now is that there's a lot of bad outcomes from using them.

Another technique that is showing positive results is putting patients on their stomachs, which has been shown to raise oxygen levels.