FALCON HEIGHTS, Minn. (FOX 9) - A mother who was at the Minnesota State Fair last week to support her son went home with a lot more than just a blue ribbon.

The state lottery says Angie Dietel won $100,000 off a scratch-off ticket she bought at the fair. According to officials, Dietel went to the fair on August 28 for her son who was showing off a 4-H project. He took home the ribbon, she made out with a jackpot.

While at the event, she bought four Money Tree tickets to get a free Vikings T-shirt. But, when she scratched off the tickets, she realized she hit it big. 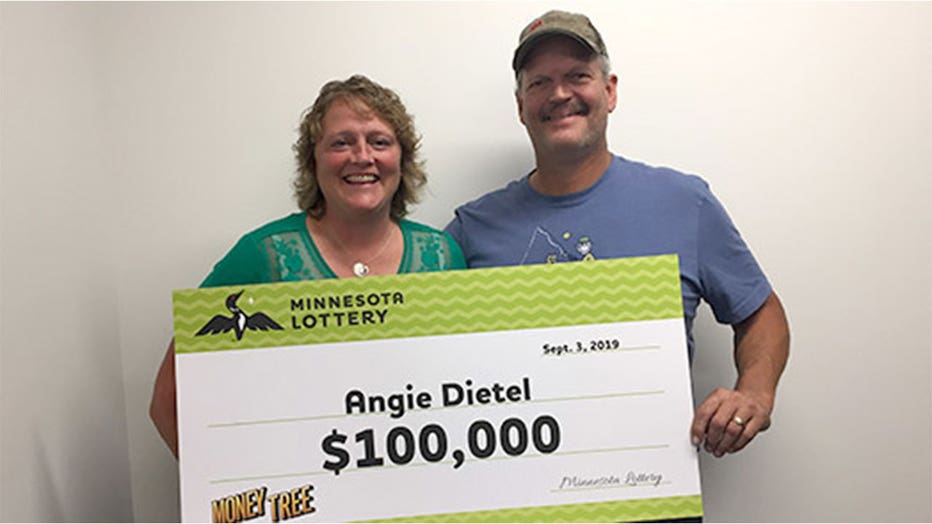 Angie Dietel holds her check after hitting it big at the state fair. (Supplied)

“I was happy with my shirt,” she added. “I never expected to win like this.”

The Minnesota Lottery also faired well at the fair. Officials say they sold more than $800,000 in tickets at their booth, making it the highest-selling non-food booth at the fairgrounds.

Along with Dietel's prize, officials say another person likely scratched off a $100,000 winner on an "I’MN to Summer" ticket. Officials say the winner spoke with officials at the booth but haven't yet claimed their prize.