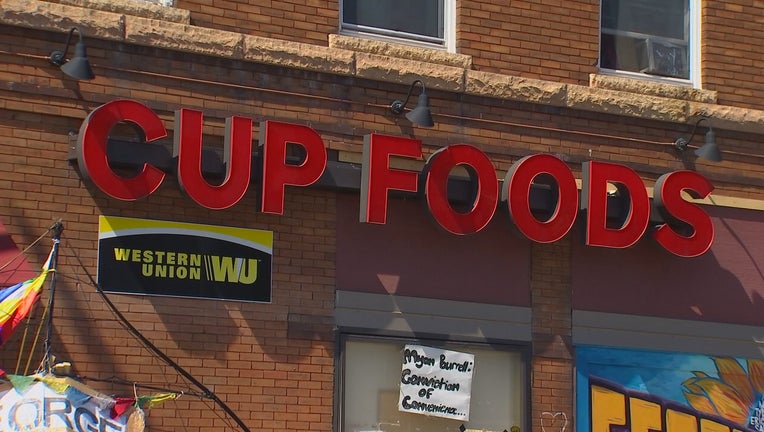 MINNEAPOLIS (FOX 9) - Days after quietly reopening at 38th and Chicago, the site of George Floyd's death, owners say Cup Foods has closed again, this time because of safety concerns.

Due to recent shootings in the area, owners have closed the store out of an abundance of caution for customers and workers.

The closure comes less than 24 hours after FOX 9 spoke with co-owners about the reopening three weeks after Floyd's death.

Floyd died after a police officer kneeled on top of him, pressing his knee into Floyd's neck for about eight minutes, despite protests from Floyd that he wasn't able to breathe.

Floyd was arrested after a store employee called 911 about a counterfeit bill being used at the store.

The store, which is now home to a giant memorial remembering Floyd, closed and remained closed for three weeks out of respect for Floyd. But, after calls from their customers, owners decided to reopen their doors this week.

It's not clear when the store may reopen at this time.