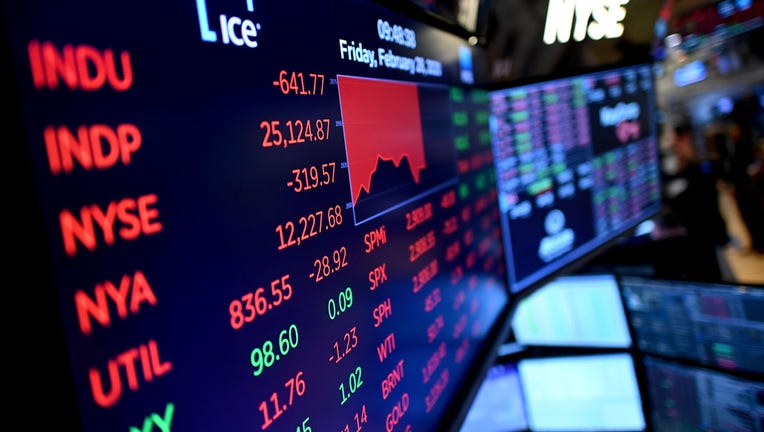 Stock market charts are seen during the opening bell at the New York Stock Exchange (NYSE) on February 28, 2020 at Wall Street in New York City. - Losses on Wall Street deepened following a bruising open, as global markets were poised to conclude the

(FOX 9) - In Minnesota, a new coronavirus test has come back negative for the disease. But, despite no confirmed cases in the state, the virus is still having an impact on Minnesotans.

Concerns about the virus fueled drops on Wall Street where stocks fell all week. The Dow Jones Industrial lost 12.4 percent over the week, marking the worst week for the market since October 2008.

In Minnesota, a new coronavirus test has come back negative for the disease. But, despite no confirmed cases in the state, the virus is still having an impact on Minnesotans.

While stocks took a tumble, so did the number of new cases around the world. In the first week of February, more than 20,000 new cases were reported. But, the next week, that number dropped to 16,000. Last week, it was down to 5,400.

But, that drop still could cause months of economic uncertainty. The virus outbreak has been shutting down industrial centers, emptying shops, and cutting down travel across the globe.

"So the reason we are seeing these huge selloffs is because there is genuine concern around economic slowdown all around the world," explained Karthik Natarajan.

Natarajan, a professor at the University of Minnesota's Carlson School of Management, explained to us earlier this week the impact of China’s mass manufacturing slowing on the supply chain, with factories stalled, cargo ships unmoving, or quarantined. We went back to find out his thoughts on what the true economic ripple could be.

"There is going to be sort of a lag with the impact, so this is not going to resolve within the next couple of weeks or even a month," said Natarajan.

He says even if China stabilizes, it’ll take a while to get production and shipping back to full steam.

Even then, you are still dependent on the consumer. Has the stock market problems made us to skittish to spend money? Or is the virus still spreading through parts of the world where consumers live, dropping demand, regardless of supply?

In other words, there are a lot of variables, even if we get a handle on the virus. But disruptions to the supply chain aren't completely new for the economy. Earthquakes and hurricanes have had similar impacts on manufacturing in Japan, for example. However, never on this scale, because China is the world's epicenter of manufacturing.