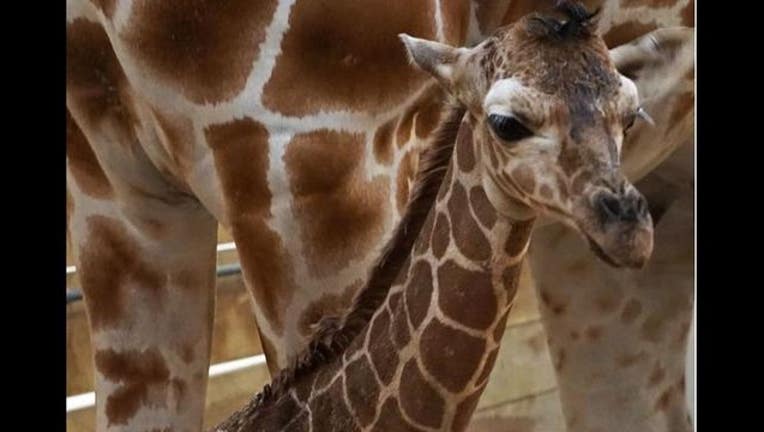 Photo from the Como Zoo

ST. PAUL, Minn. (KMSP) - A new baby female giraffe made its public debut at the Como Zoo on Thursday.  The yet-to-be-named giraffe is the 6th calf born to its mother Clover and the 19th giraffe birth at Como Zoo in the last 22 years.

The photo released by the zoo shows the baby standing tall with her mother Clover shadowing over her.

The giraffe is the tallest of all land-living animal species. They can be as tall as 18-feet tall and have a prehensile (used for grasping) tongue as long as 18 inches. During the first two years of a giraffe’s life, it doubles in height, often standing over 12-feet tall.

Giraffe gestation lasts between 14 and 15 months, after which a single calf is born. Like human fingerprints, the markings or spots of a giraffe’s coat are unique to each individual. Reticulated giraffes are native to the dry savannahs and open woodlands of sub-Saharan Africa.

Information provided by the Como Zoo