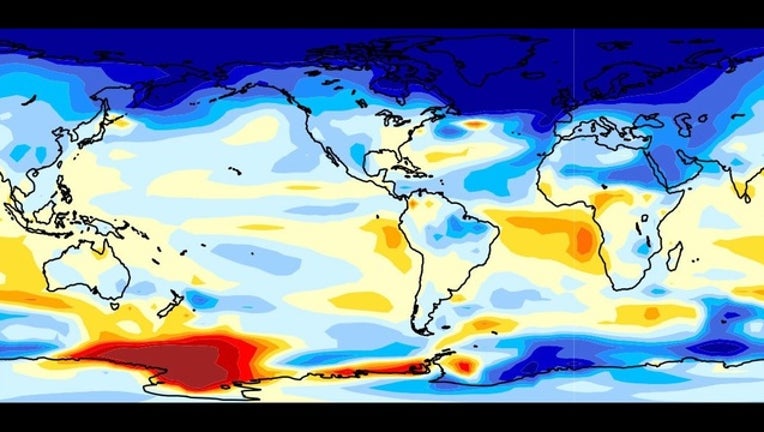 KMSP - In a bold and eye opening new study, a researcher believes that the doomsday “Day After Tomorrow” scenario may actually be possible.  The risk was published by Yale University scientist Wei Liu last week, who says that the Atlantic Meridional Overturning Circulation (AMOC) could collapse within 300 years if carbon dioxide levels continue to rise.

The AMOC transports warm water from the tropics to the North Pole, which helps regulate the climate and weather pattern for most of the Northern Hemisphere.  As the water releases warmth into the air traveling north, the cooling water sinks and flows back to the tropics to repeat the process.  But this new study suggests that if the planet continues warming, this process may eventually become stagnant and breakdown.  If this happens, weather patterns would change across the globe and many areas would experience drastic cooling.

While this alarming news and similar to the movie “Day After Tomorrow”, the sudden and quick breakdown of this current, sending the planet into a new ice age, is extremely unlikely.  Liu’s study says that the collapse could happen within 300 years once the atmosphere’s carbon dioxide levels hit 710 parts per million.  Last week, we were at 405 parts per million.

This study isn’t exactly conclusive evidence, and even if it was, it could potentially be several hundred years before it happens.  However, it is groundbreaking in the science community because it is a 180 degree turn from what every other climate model and scientist has hypothesized about the effects of runaway warming on our planet.