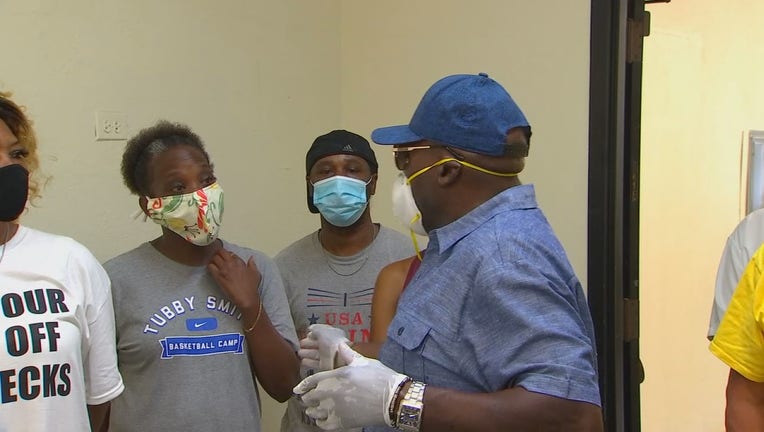 Civil rights activist Spike Moss hosted a community meeting and called out the Minneapolis City Council for its inaction.

MINNEAPOLIS (FOX 9) - A longtime civil rights activist called an emergency meeting inviting every member of the Minneapolis City Council, but only one showed up.

Spike Moss calls himself a freedom fighter and Tuesday, he was battling what he calls systemic racism, saying the problem is much bigger than the Minneapolis Police Department.

Civil rights activists weighed in on Minneapolis City Council's actions, including the recent vow to dismantle the police department.

Moss called out the council as being part of the racism problem, helping to keep the black and American Indian communities poor, now awarding contracts to black-owned business, high taxes and allowing banks to redline the communities.

Moss and others with him do not support defunding the police department, but reforming it.

He was frustrated, however, that only Council Vice President Andrea Jenkins showed up at the event.

“City Council has to be brought to task,” said Moss. “It’s now or never. And the fact that they’re running don’t mean nothing. We can go back to our communities and get these preachers together and come down there collectively and interrupt city hall because of the disrespect they showed us today and they wouldn’t have showed it except they’ve been showing it all these years.”

“Restructure the police department, city council and the civil rights commission,” said Frank Paro, of the American Indian Movement. “All three of those agencies, whatever they’re called, does not do nothing for the people of Minneapolis.”

“So, I’m here today to say I’m standing with you,” said Jenkins. “I’m pulling a resolution together condemning racism and naming it a public health crisis in the city of Minneapolis. It’s killing us. Racism is killing us, literally and figuratively.”

Jenkins declined to speak for her fellow councilors as to why they did not attend. She did say there was a committee meeting at the same time that most would attend.

It’s unclear what the next step Moss and the other activists will take, but they did say they will not stay quiet.