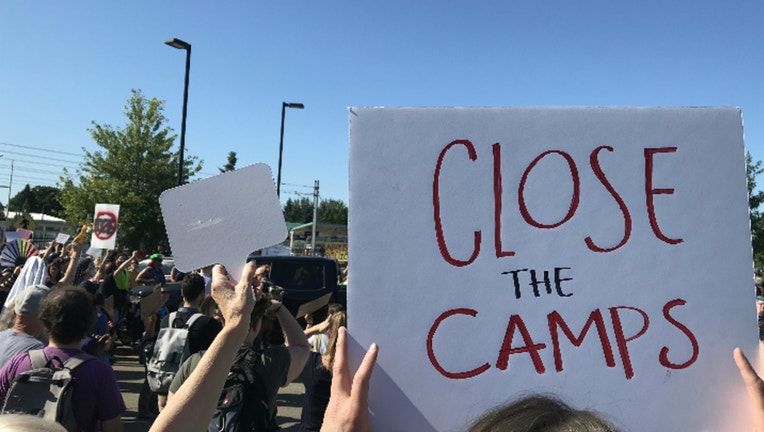 About 200 people gathered outside a federal building in St. Paul to protest the detention centers along the southern U.S. border. (FOX 9)

MINNEAPOLIS (FOX 9) - Citations have been dropped against a group of protesters that gathered outside of the Bishop Henry Whipple Federal Building in St. Paul earlier this summer, according to the Hennepin County Attorney's Office.

In July, about 200 protesters rallied at the federal building, blocking traffic from leaving the parking lot. The group wanted to disrupt business operations at the U.S. Immigration and Custom Enforcement office in response to the border detention centers.

At the event, authorities cited 29 people for unlawful assembly.

Wednesday, a spokesman for the Hennepin County Attorney's Office told FOX 9 the citations have been dismissed because it was a peaceful protest and there was no damage or harm done.