MINNEAPOLIS (FOX 9) - Seventy five people have been murdered in Minneapolis so far this year. That grim statistic includes three young children who lost their lives to gun violence and so far, no arrests have been made in their murders.

12-year-old London Bean was one of them.

The first Children's March to End Gun Violence took place Saturday afternoon. It was co-hosted by Black Livez DaStreetz, Guns Down Love Up, and Nekima Levy-Armstrong from the Racial Justice Network.

"There's no peaceful playing at the park. There's no going out to dinner with your family. There's nothing peaceful about any of this," said  Allegra Kennedy, a young activist and London's aunt.

"It's children, and we don't have anyone in custody for any of the murders of children," said Marques Armstrong, President and CEO of Hope and Healing Counseling Service.

Bean's accused killer, 18-year-old Jeremiah Grady, has been charged with second degree murder, but he's still on the run from police.

Frustrated with a lack of answers and accountability, London's mom, Crystal Hill, called on local community groups and activists to show up and speak up for the murdered children.

From there, the first Children's March to End Gun Violence was born. Black Livez DaStreetz co-hosted the event with Guns Down Love Up and Nekima Levy-Armstrong from the Racial Justice Network.

On Saturday, dozens marched together through the streets of north Minneapolis, demanding that people put the guns down. 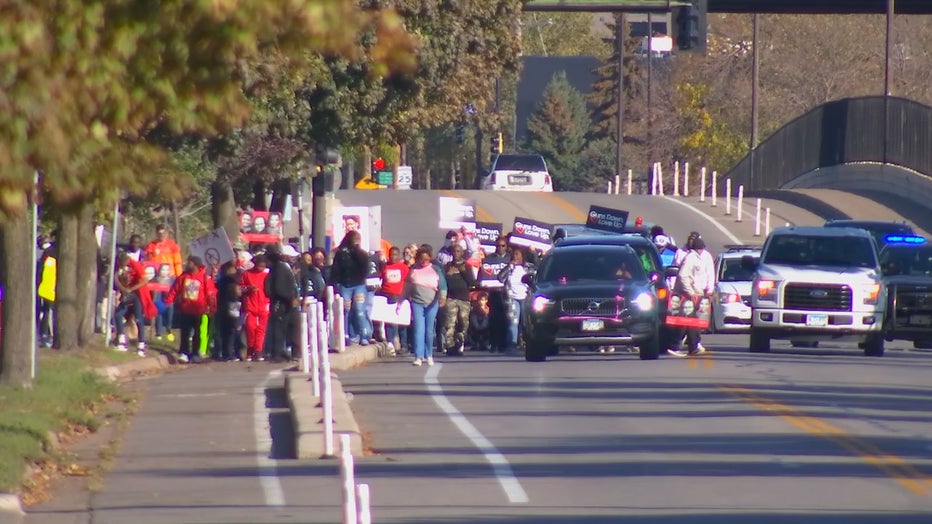 The day ended with a community celebration of life for the children and renewed calls for those responsible for their murders to turn themselves in.

"There's no way you can tell me you are able to sleep at night knowing you killed someone's kid," Kennedy said.

Hill hopes to make the march an annual event.