MINNEAPOLIS (FOX 9) - As a Minneapolis mother continues grieving the loss of her son to gun violence, the shooter remains on the run.

Crystal Hill smiles when she thinks of her son, 12-year-old London Bean, and she visits near the intersection of Aldrich Avenue North and 8th Avenue North daily. It’s where the boy died, but it’s also the last place she saw her child alive.

It's been three weeks since 12-year-old London Bean was shot and killed in Minneapolis. While the pain is still fresh for his mother Crystal Hill, she's still seeking closure as the shooters remains free.

"I’m here every day. I come see my baby every day," Hill said.

But as she goes to remember her funny and loveable London, she’s also hit with the memory of him falling over after being shot as he stood right next to her.

"The 18-year-old Jeremiah came around with all black on and started shooting," Hill said. "I pulled him out of the bushes and gave him CPR until the ambulance came."

Court documents say London got into a fight with another boy when Jeremiah Grady, who was the other boy's older brother, showed up and shot London.

There’s a warrant for Grady’s arrest, but he’s on the run. Minneapolis Police say Grady could still be in Minnesota, but there’s also information he could be in Chicago, Texas or Arizona. Hill said she heard Atlanta. 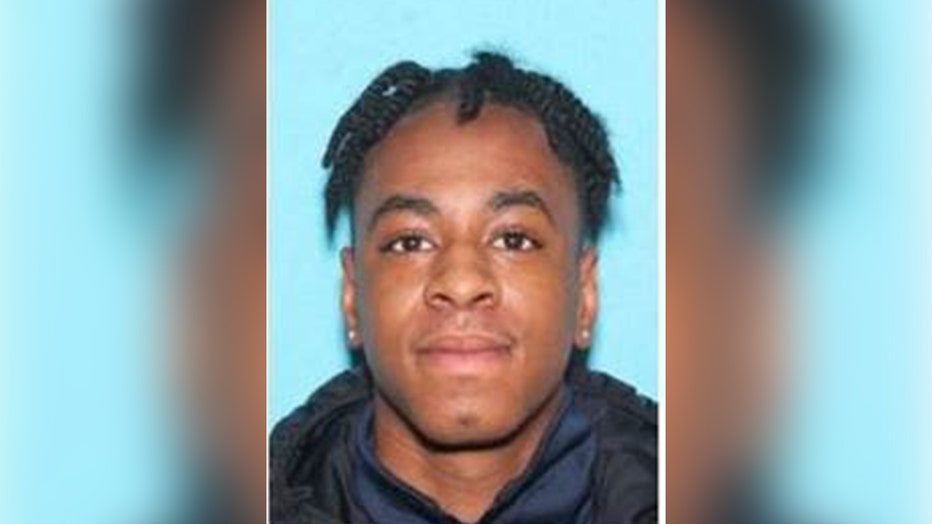 Police are asking for the public's help locating 18-year-old Jeremiah Grady, who is charged with the murder of 12-year-old London Bean.  (Minneapolis Police Department / FOX 9)

"How is this 18-year-old slick like this where you can’t find him? And if his relatives is holding him, they should all be held accountable," Hill said.

Shortly after London was killed, Hill moved out of Minneapolis. The shootings, the violence, and the death of her son was just too much to take.

"When it happened to me it really messed me up, like, I don’t know. My heart just hurt real bad."