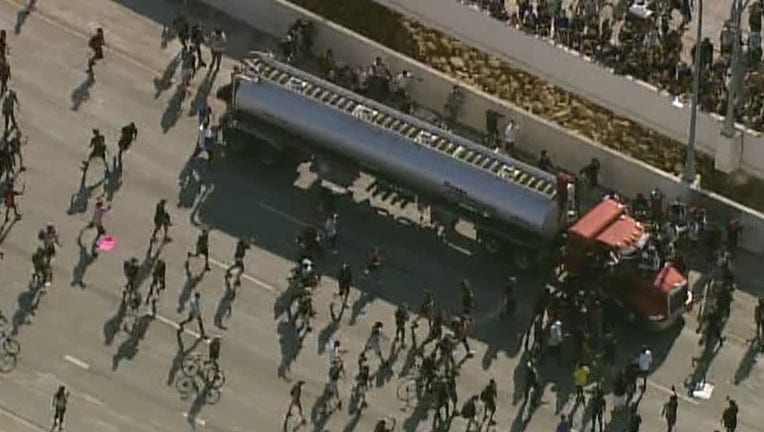 MINNEAPOLIS (FOX 9) - Charges are expected to be dismissed against the semi truck driver who drove through a crowd of protesters on I-35W in Minneapolis after the death of George Floyd last year.

Bogdan Vechirko of Otsego was charged in October with felony threats of violence and gross misdemeanor criminal vehicular operation in connection to the incident last May.

More than a 1,000 people were on the bridge when Vechirko drove into the crowd. Videos showed protesters running to get out of the way. Amazingly, no one was hit by the semi or seriously injured. Vechirko told investigators he was in a hurry, hoped the crowd would let him pass and admitted he could have stopped the truck sooner, according to the charges.

Kevin Devore, Vechirko's lawyer, told FOX 9 the defense and Hennepin County Attorney's Office reached an agreement Friday for a continuance for dismissal. As long as Verchirko completes a restorative justice program, pays any restitution and remains law abiding, the charges will be dropped a year from now.