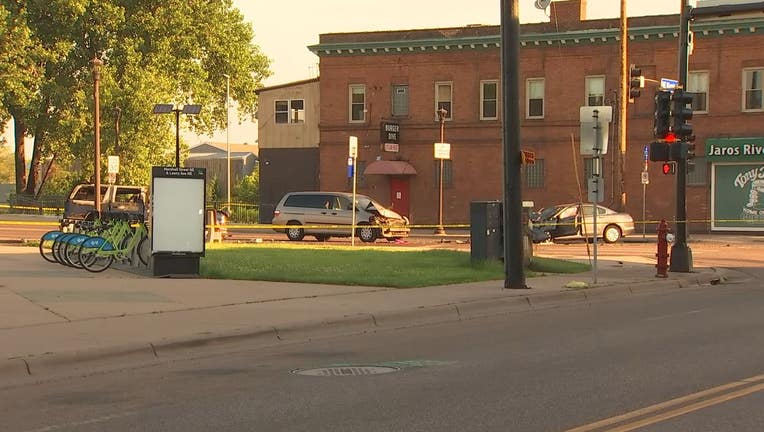 MINNEAPOLIS (FOX 9) - A 22-year-old Minneapolis man has been charged in connection to a deadly crash at a busy intersection in northeast Minneapolis.

According to the charges, on Monday around 5:20 a.m., Minneapolis police responded to a crash at Lowry Avenue NE and Marshall Street NE. When they arrived, they found a Chevrolet Tahoe on fire. The driver was trapped inside and died. The Hennepin County Medical Examiner's Office identified him as 35-year-old David Gene Olson of Coon Rapids.

The charges state witnesses told police they saw a speeding silver Honda Accord run a red light and crash into the Tahoe. The force of the collision caused both vehicles to hit a Honda Odyssey, which was stopped at the light. The driver of the Odyssey suffered non-life threatening injuries.

Officers followed a blood trail from the Accord to a nearby building where they found Mohamed, who was visibly injured. He at first claimed he hadn't been in one of the vehicles, but later claimed he was a passenger. Two other men, who were also injured, were later identified as passengers in Accord. Inside the Accord, officers found an open bottle of Hennessy cognac, a marijuana blunt and an unlabeled pill bottle.

Traffic video showed Mohamed was driving the Accord at the time of the crash.

Mohamed has a history of traffic violations. The charges state Mohamed was recently arrested in Minneapolis on April 23 for driving while intoxicated. He has previously been convicted for speeding, driving after revocation and failing to stop.

Mohamed is not in custody. A warrant is out for his arrest.