Police are investigating a three-vehicle crash and resulting fire at a busy northeast Minneapolis intersection that left one person dead and two others injured early Monday morning.

MINNEAPOLIS (FOX 9) - One person is dead and two others injured after a crash and fire at a busy intersection in northeast Minneapolis Monday morning.

Around 5:15 a.m., a car collided with an SUV at the intersection of Marshall Street and Lowry Avenue, according to police. Another car was then hit following the spinout from the initial crash. When police arrived, one of the cars was on fire. 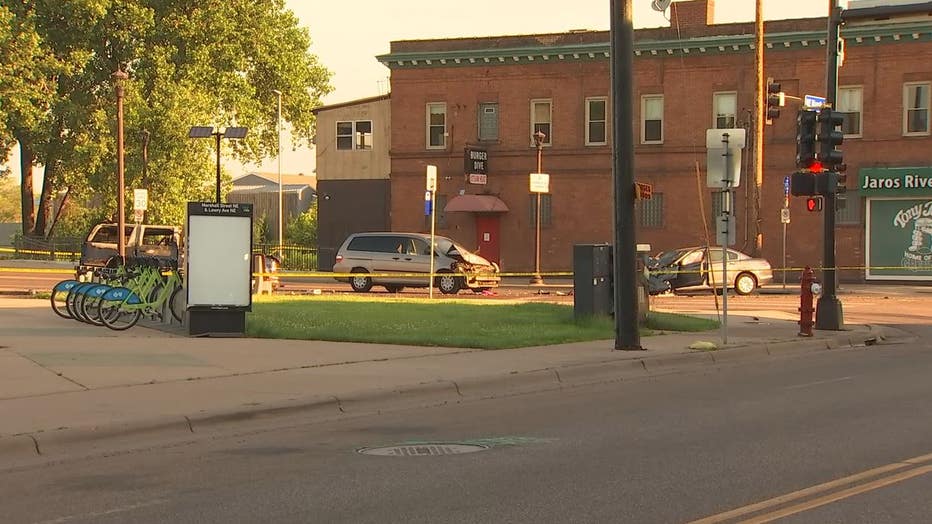 Three people were taken to the hospital. The person inside the burning car died.

The intersection will remain closed for a few hours as investigators reconstruct the scene.