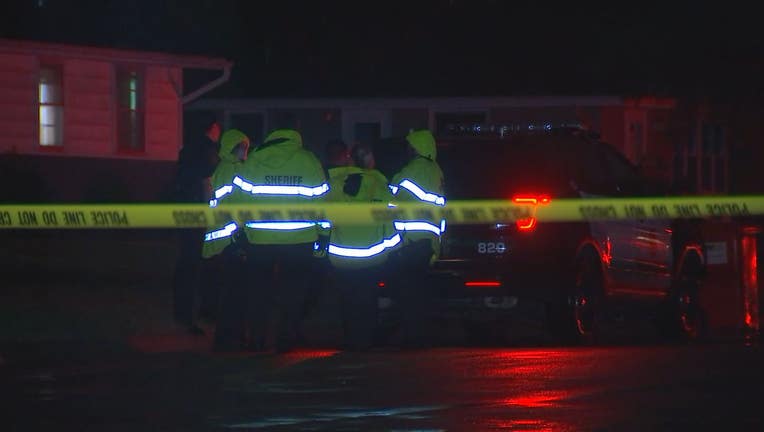 Police investigating a triple shooting in Bloomington, Minnesota that left one dead and a 12-year-old girl in critical condition. (FOX 9)

A man was charged after he fatally shot his wife and injured two neighbors, including a 12-year-old, Sunday night.

According to the charges, police responded to reports of shots fired and shooting victims around 11 p.m. Sunday. Upon arrival, they found Mesich’s wife shot to death in the detached garage of their Bloomington home.

They went into the home and found Mesich “screaming, throwing items and discharging firearms in the basement,” the charges say.

During the investigation, officers learned a 12-year-old girl and a woman had also been shot. Police say they were Mesich’s next door neighbors.

Witnesses told police that Mesich walked up to them suddenly as they were moving items into a U-Haul truck parked in front of their home and started shooting at them. He shot at and missed other family members, too.

The 12-year-old girl was shot in the head and is still unconscious and in critical condition. The woman is in serious condition and was shot multiple times in the legs. She was able to provide information to police.

In a statement to police, Mesich said he did not remember much of what happened but that he “probably” killed his wife and was having an argument with her before he shot her.

As for why he shot the neighbors, he said they were not good neighbors and that he “hated all children,” the charges say. Plus, Mesich told police he thought the neighbors may have witnesses his wife’s shooting.

Each of Mesich’s three murder charges carries with it a maximum sentence of 40 years in prison and a minimum of three years. Mesich is in custody.