Protests turned violent Thursday evening as the President Trump rally in Minneapolis came to an end.

Police officers lined the streets, arresting some members of the crowd while trying to keep others in control, using mace, tear gas, and other methods to disperse the crowd.

Protests turned violent Thursday evening as the President Trump rally in Minneapolis came to an end.

Our crews witnessed the moments as fires broke out among the crowd as protesters burned a pile of MAGA gear in the middle of the street. At around the same time, FOX 9 crews saw fights in the street as protesters moved away from the Target Center and confronted Trump supporters.

A group on 1st Avenue and 6th Street began throwing fists while our reporters were standing nearby. Shortly after, police put individuals into handcuffs and took them from the crowd. Minutes later, the street was filled with smoke from the fires. 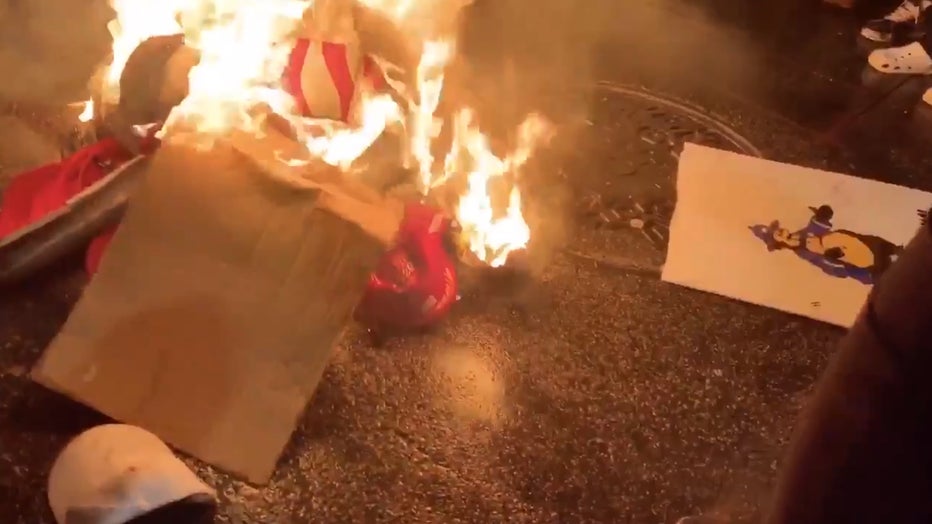 A pile of Trump merchandise on fire in the streets of Minneapolis as protester burn the gear during the Trump rally.

More skirmishes broke out as rallygoers exited the Target Center and were confronted by protesters. One protester ripped a red hat off a man who appeared to be leaving the rally, leading to a fight between the two. Later, the crowd boxed in cars trying to leave the facility. 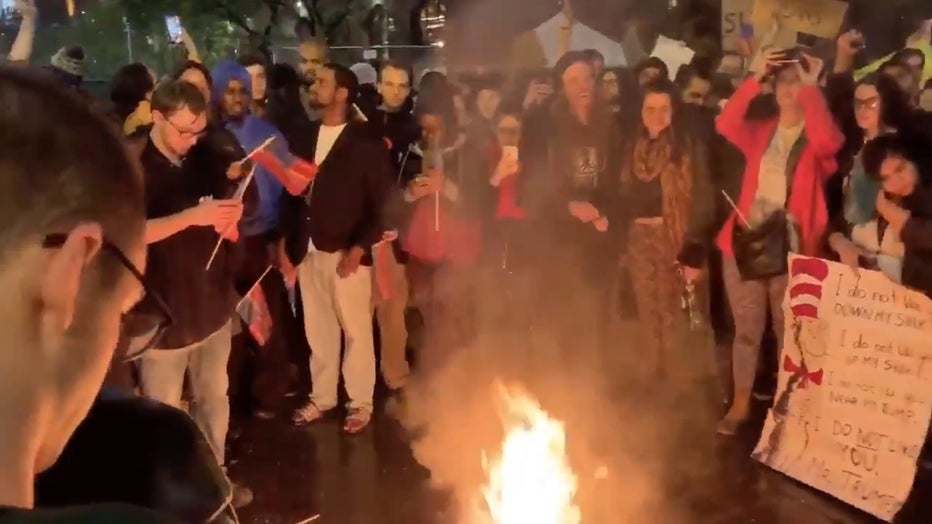 Later in the evening, bike cops lined up to protect the parking lot where many Trump supporters had parked after other confrontations involving vehicles at the lot. About an hour later, some protesters carried off barricades set up for the event.

In other spots, some protesters faced off with police officers on the streets as the night progressed.

For much of the day, the protests were mostly peaceful as protesters and Trump supporters dodged rain outside the Target Center to make their voices heard.

Inside the rally, our crews saw several people get removed from the event. Before the speech even started, a man wearing a Colin Kaepernick jersey was removed from the Target Center, blowing kisses as he was escorted out by security. Other protesters blew whistles or shouted at the president as he spoke before being pulled away by security.

By midnight, however, most of the police and protesters had cleared the area.