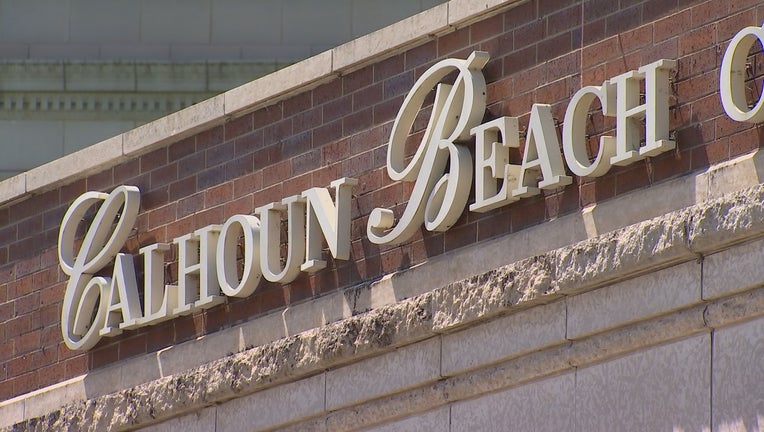 Calhoun Beach Club apartments will be changing its name, according to the apartment's operators. (FOX 9)

MINNEAPOLIS (FOX 9) - Following the name change from Lake Calhoun to Bde Maka Ska, some surrounding establishments are also beginning to update their names as well.

The Calhoun Beach Club apartments, located on the north side of the lake, is in the process of changing its name. Aimco, the operating real estate investment trust company, made the announcement Friday, stating the change will be finalized in the coming weeks.

"The foundation of Aimco is respect for all individuals – whether they be team members, residents or members of the surrounding communities we serve," read a statement from Aimco. "That is the foundation upon which our mission, vision, and culture are built."

A new name has not been chosen yet.

Calhoun Square, a shopping center in Uptown, is also in the process of changing its name. Last week, crews removed the name from the building.