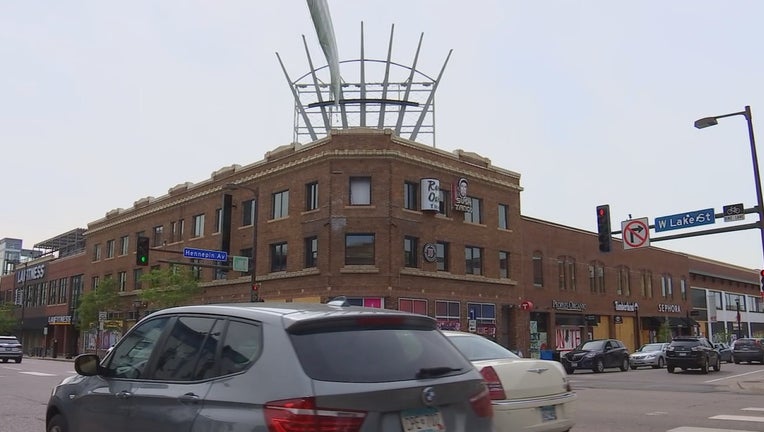 The name "Calhoun Square" was recently removed from the popular shopping center in Uptown, Minneapolis.

MINNEAPOLIS (FOX 9) - The owners of the Uptown shopping center Calhoun Square in Minneapolis are changing the building’s name in what they say is solidarity with the Black Lives Matter movement following the death of George Floyd.

Northpond Partners said it has been exploring the idea of changing the shopping center’s name since purchasing the property last year, but deciding to “expedite this process” after the events of recent weeks.

“The tragic death of George Floyd and ensuing events throughout the country have made it crystal clear that to move forward as a community we must remove painful reminders of the worst chapters in our nation’s history,” a statement on the Calhoun Square website reads. “A property named for a known racist and champion of slavery has no place in Minneapolis or anywhere in our society.”

The shopping center was named for the nearby lake, formerly called Lake Calhoun, which was named for pro-slavery former Vice President John C. Calhoun. The name of the lake has been officially changed to its Dakota name, Bde Maka Ska, as have the streets around it.

The Calhoun Square sign has already been removed from the building.

The company says it has not yet selected a new name for the shopping center.