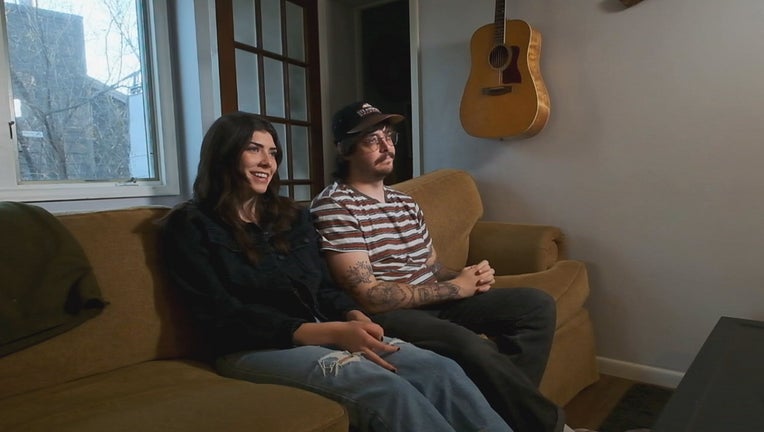 Taryn Durry and her older brother Austin have become a sensation on TikTok after starting a band during the pandemic. (FOX 9)

BURNSVILLE, Minn. (FOX 9) - Many bands may feel like family but Durry actually is.

"I feel like this is the first thing we have really taken on together so it's been really fun in that. Growing up there was a pretty big age gap between us so we were never really close. Now we're like at a new point with that, " said Taryn Durry, half of the rock duo.

Siblings from Burnsville, Minnesota went viral on TikTok after forming a band during pandemic.

Right before the pandemic, musician Austin Durry and his wife moved into an apartment in the basement of his parent's house in Burnsville.

Since Austin and his little sister Taryn were around each other all the time, they started writing songs together to fend off boredom during quarantine.

"This whole thing started with just an abundance of time and a computer and trying to make something cool. And Taryn was always around because we were quarantined together. So I was like hey come look at this," said Austin Durry.

But when Austin posted a video of a work in progress called "Who's Laughing Now?" on TikTok last fall, it went viral, gaining 200,000 views in a matter of days.

And when they finished the song and posted a music video they shot themselves in their garage, it blew up even more, racking up about a million views.

"I was singing my story and we all have the same story and everyone's kind of in the same boat," said Austin.

Now the siblings are being courted by major record labels and have their first headlining show at the 7th Street Entry the night before Thanksgiving.

They are hoping to turn their pet project into a full-time gig, maybe with their music, have the last laugh.

"It's been a wild ride so far and it seems like the best is yet to come," said Austin.