A year after Daunte Wright’s death sparked nights of violent protests and an overhaul of city management, Brooklyn Center is now close to picking a new permanent police chief.

The city's been without one since Tim Gannon was fired a day after releasing bodycam video of Wright's shooting, calling Kim Potter's use of a gun instead of a Taser "accidental."

The search comes as the city redesigns its policing model and two candidates are at the top of the list. Residents got a chance to interview the top picks on Monday. The two finalists were introduced as Kathy Hughes and Kellace McDaniel.

Most recently Hughes has worked as director of security for Robbinsdale Schools while McDaniel is a Hennepin County Sheriff’s Office lieutenant.

Each finalist spent an hour answering questions directly from the community, including Katie Wright, the mother of Daunte Wright, who was in attendance. 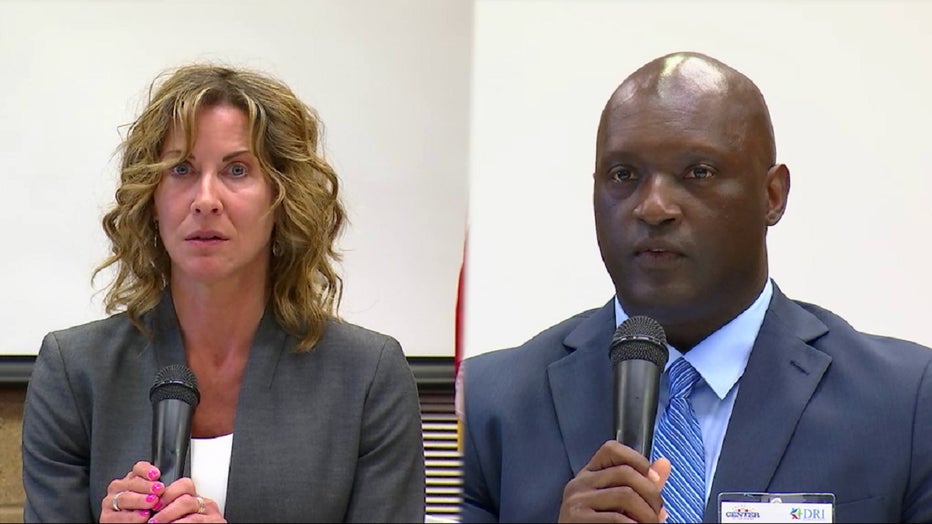 "As police chief of Brooklyn Center, I will be devoted to building relationships, being visible and known, and stepping up to work together towards healing a safe and healthy community," said Hughes.

"I’m a great listener, a good healer and given the opportunity, I guarantee you that it’ll be a good situation," said McDaniel.

Brooklyn Center City Manager Dr. Reggie Edwards says while the public is not typically involved in this decision, he felt the need to gather the community’s thoughts because of heightened interest in the decision he has to make. Edwards says he’ll make that decision by the end of the week.

"I’m pretty excited about that, I think that we’ll get a candidate that will help us deliver," said Edwards. "I think that we have some viable candidates, and I’m looking forward to working with one of them."

After Monday's meeting, the consulting firm behind the search will now put together a community feedback report, which Dr. Edwards will take into consideration when making his decision.