In March, Erin Dietrich and Chris Ray hit the road -- after quitting their jobs -- to take off on the cross country adventure from the Atlantic to the Pacific. Now, they are back home after a successful trip.

BLOOMINGTON, Minn. (FOX 9) - A couple from Bloomington dropped everything to hike across the country. They used their journey to raise money for young girls with the Ann Bancroft Foundation. Now, Erin Dietrich and Chris Ray are back home after a successful trip.

She saved money for 10 years and trained with her husband for one year to chase after the lifelong calling.

"It felt like it was a pre-destiny-type thing, like I have to walk across the country," Erin said. 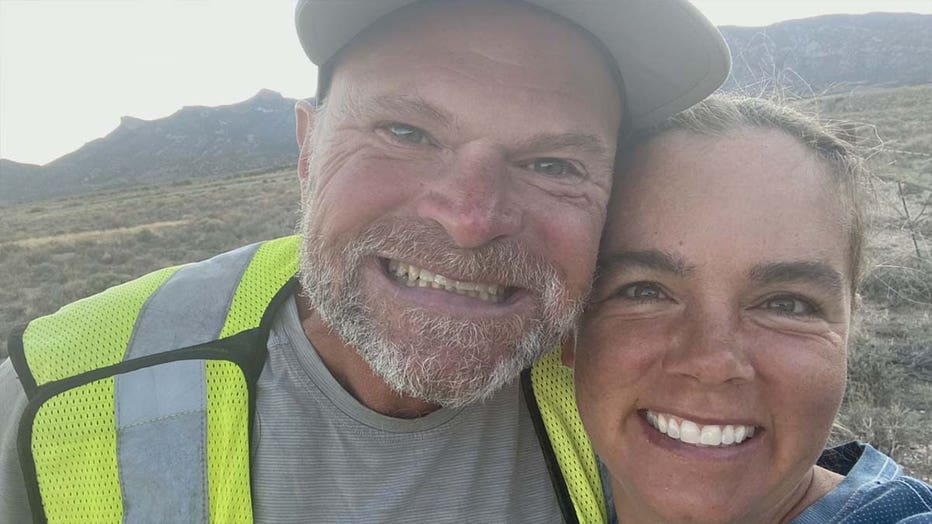 A Bloomington couple, Erin Dietrich and Chris Ray, walked from Delaware to California.

In March, they hit the road -- after quitting their jobs -- to take off on the cross country adventure from the Atlantic to the Pacific. They would walk over mountains and through the desert, crossing 13 different states before finishing in October. The route started in Delaware and ended in San Francisco. On some days they got 34 miles in, while on tougher days they’d cover 12 miles.

Then, once across the finish line, they bought a car and turned around, retracing their steps to visit people who accommodated them along the way.

A couple from the Twin Cities is approaching the end of an incredible trek taking them across the continental United States. Erin Dietrich is walking more than 3,000 miles across the country with her husband Chris Ray. Together they are walking from Delaware to California to fulfill Erin’s more than 15-year dream.

"America has got wonderful people, and we’re so happy to be able to walk across it at 3 miles an hour, rather than buzz by at 60 miles an hour," Chris said.

Now they’re back home, but at this point, any spot on the map feels like home. Along the way they overcame Mother Nature and the tough question of where they’d be sleeping each night. They also raised over $16,000 dollars in donations for the Ann Bancroft Foundation, a local nonprofit helping get girls into extracurricular activities.

"It’s a lot of dough, I mean for just walking across the country haha," Chris said. "We’re very thankful." 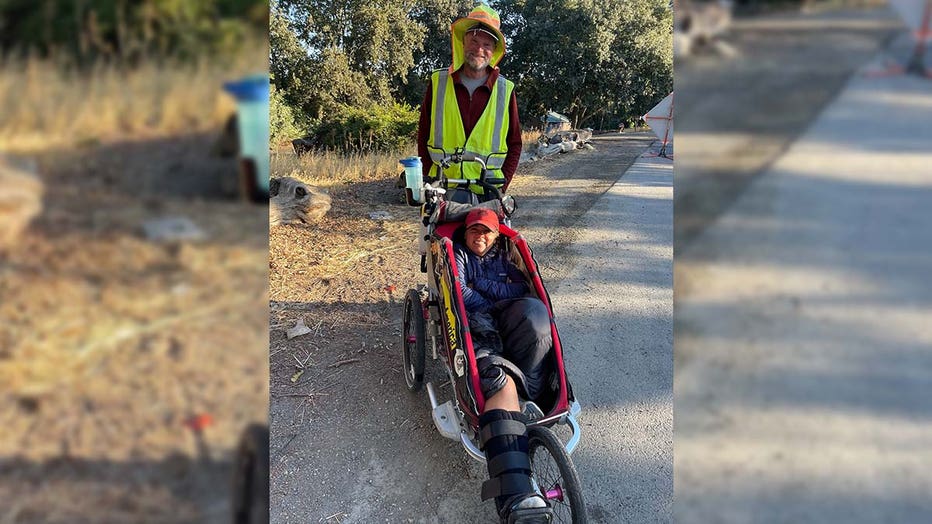 Chris pushed Erin in a stroller for the last 60 miles of the trip.

They earned each dollar. Just 60 miles from their finish line, Erin broke her right foot in a fluke accident. Her husband Chris pushed her the rest of the way in a stroller.

"It was all downhill, haha, it was all good," Chris finished.