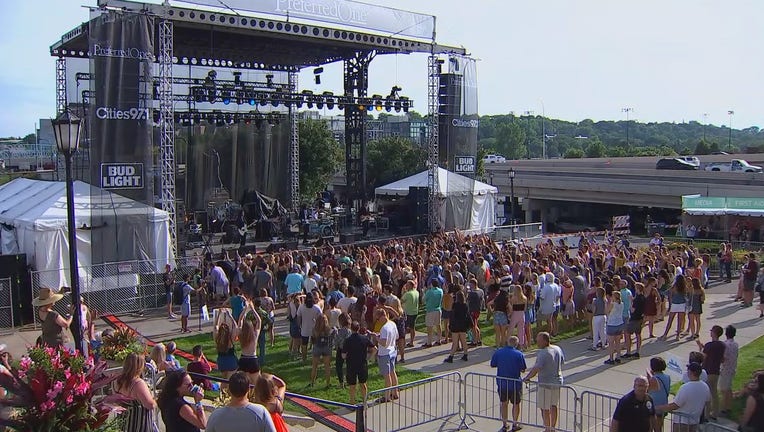 A crowd gathers at the stage for the Basilica Block Party.

MINNEAPOLIS (FOX 9) - For the second year in a row, the Basilica Block Party will not be held this summer, according to event organizers. Instead, in 2021 the event will be held in September.

The two-day music festival was scheduled for July 9-10 on the grounds of the Basilica of St. Mary in Minneapolis. Last year, the event was canceled due to COVID-19 concerns.

While Basilica is postponing to later in the year, other popular Minnesota summer events are getting the green light after the governor revealed a timeline for lifting all COVID-19 restrictions by July 1. For example, Grandma's Marathon in June and Twin Cities Summer Jam in July are both moving forward as scheduled.