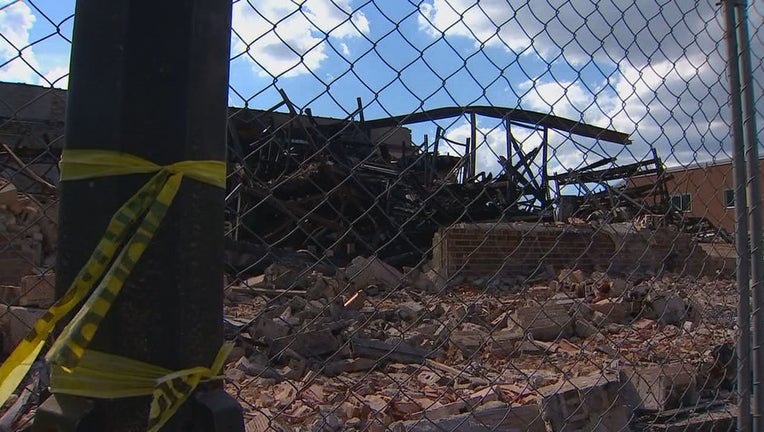 A man's body was found in the wreckage of Max It Pawn, which was destroyed in the Minneapolis riots following George Floyd's death. (FOX 9)

MINNEAPOLIS (FOX 9) - The man found dead in the remains of a Minneapolis pawn shop that was destroyed during the riots following George Floyd's death has been identified.

According to the Hennepin County Medical Examiner's Office, 30-year-old Oscar Lee Stewart Jr. of Burnsville died of "probable inhalation of combustion and thermal injury". The report states the building was set on fire intentionally and ruled Stewart's death a homicide.

Max It Pawn at 2726 East Lake Street burned on May 28 during civil unrest over Floyd's death in Minneapolis police custody. According to court documents, video showed people looting the store before flames engulfed the building. Montez Lee of Rochester was federally charged with arson after video surfaced of him pouring liquid inside the pawn shop and saying, "F--- this place. We're going to burn this b---- down."

On July 20, nearly two months after the fire, crews found Stewart's body in the wreckage of the destroyed pawn shop.

The case remains under investigation by Minneapolis police and the Bureau of Alcohol, Tobacco, Firearms and Explosives.