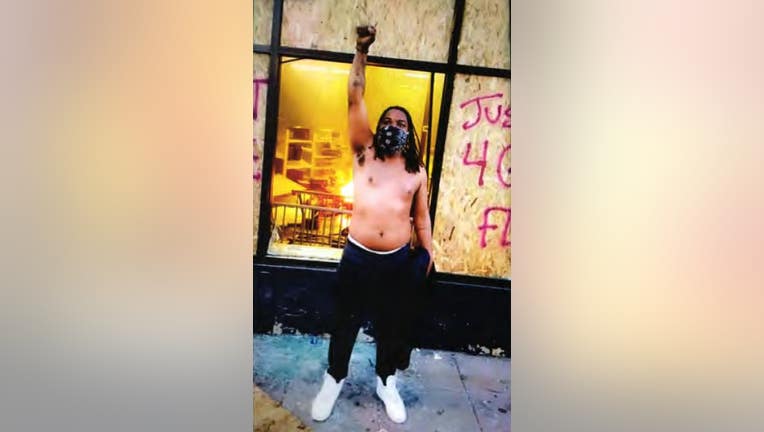 An alleged photo of Montez Lee, 25, of Rochester, who has been charged with arson. He is seen here outside the pawn shop investigators say he set ablaze.

ROCHESTER, Minn. (FOX 9) - A 25-year-old Rochester man has been charged with arson after authorities say he burned down Max It Pawn Shop on East Lake Street during the Minneapolis riots.

Montez Lee was arrested Monday and will make his first appearance before a judge Tuesday after investigators used anonymously submitted videos to connect Lee with the arson.

Investigators from the ATF received the videos June 8. In the first one, people are seen looting the shop when a masked patron, identified as Lee, is shown “pouring liquid out from a metal container” throughout the store.

Later in the video, Lee is shown outside the pawn shop, now shirtless, holding his fist up.

In the second video, Lee is seen in front of the pawn shop as it is in flames. In the video, he says, “[Expletive] this place. We’re gonna burn this [expletive] down.”

Investigators used Lee’s appearance and his tattoos to identify him.