Monday marks one year since Daunte Wright was shot and killed by a Brooklyn Center police officer during a traffic stop, and community members are remembering his life tonight.

BROOKLYN CENTER, Minn. (FOX 9) - Monday marks one year since Daunte Wright was shot and killed by a Brooklyn Center police officer during a traffic stop.

Wright was killed after former officer Kim Potter apparently confused her Taser for her service weapon and shot Wright once. After a televised trial, Potter was convicted of manslaughter for Wright's killing and sentenced to two years behind bars. 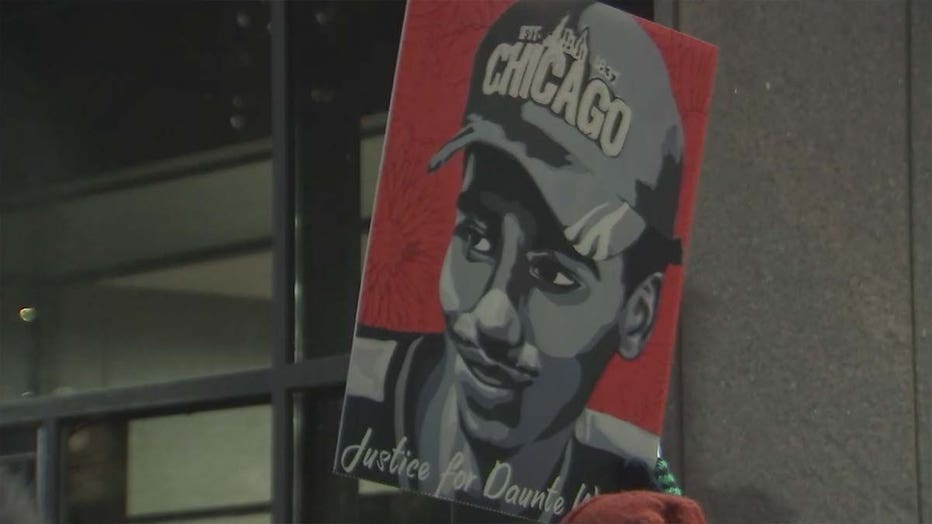 Wright's killing sparked days of unrest in Brooklyn Center outside the city's police station and countless calls for policing reforms.

Day of the shooting

Wright was shot and killed after a traffic stop along Orchard Avenue on the afternoon of Sunday, April 11, 2021. Police say they stopped Wright for having expired tabs and an air freshener hanging from his rearview mirror.

During the course of the traffic stop, police learned Wright was wanted on a warrant. At that point, Officer Anthony Luckey, who was being trained by Potter, attempted to arrest Wright but says he resisted.

Wright pulled his arms away and climbed back into his vehicle. As he attempted to drive away, Potter drew her service weapon. Potter said in court she thought she was holding her Taser when she fired a single shot.

Wright was struck but able to put his vehicle into gear and drive a short distance before crashing. He was pronounced dead at the scene.

As police investigated, a crowd quickly formed at the scene, including members of Wright's family, which ultimately turned into a standoff between protesters and officers. After police cleared the scene, protesters moved to the Brooklyn Center Police Department, where unrest continued into the night. The unrest would continue for the days that followed.

A little over a month after the shooting, the Brooklyn Center Police Department approved a series of policing changes in Wright's name.

However, this past winter, tense meetings were held by the Brooklyn Center City Council as they tried to determine how to fund the changes. An initial plan called for the police department to eliminate 14 vacant police officers positions to fund $1.2 million for a new Department of Community Safety and Violence Prevention. The department would allow for "community-driven public safety" efforts.