Minnesota is way behind normal rainfall totals and the lack of rain is causing low water levels in lakes across the state, including Prior Lake in the Twin Cities metro.

(FOX 9) - Brown lawns, wilting flowers and dry creek beds have now become commonplace across the state as it has been incredibly dry. The Twin Cities is now more than 5 inches below average for rainfall just since June 1 when the summer months began, making it one of the driest summer stretches on record. 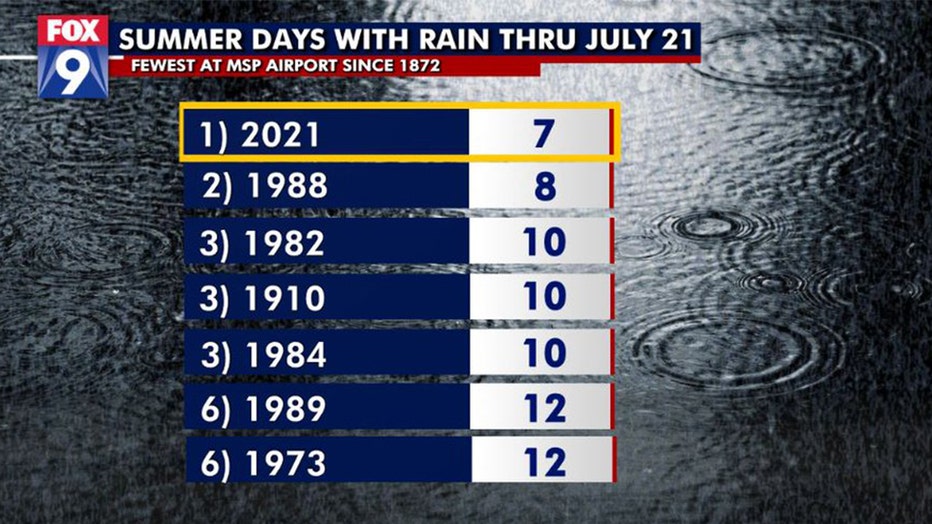 The Twin Cities has seen just seven days so far over the summer (since June 1) with measurable rainfall. That's the fewest number of rainy days this far into summer on record. (FOX 9)

There have only been seven calendar days so far this season where the Minneapolis-St. Paul International Airport has received any rainfall. That is the fewest on record to this date, even beating out the mega dry summer of 1988.

But, the metro isn’t the only spot that’s dry. Over half the state is now considered to be in at least a severe drought, with the extreme drought category expanding this week by 15%. In fact, International Falls is now experiencing their third driest start to the year on record with Duluth coming in at 10th driest. 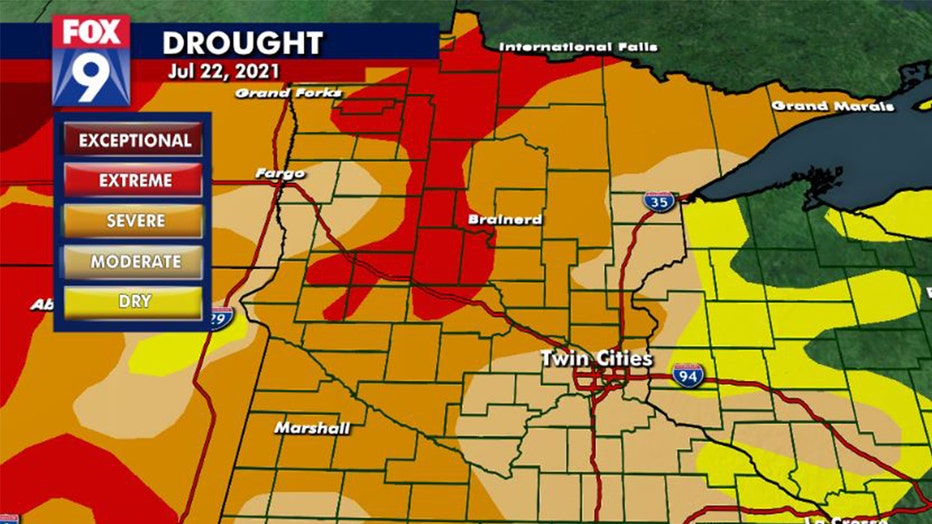 The new drought monitor is out and the extreme drought category is drastically expanding, now up 15% from just last week. Now nearly 3/4 of the state is in at least a severed drought.  (FOX 9)

Minor showers have been found in spots on Thursday, with even some scattered storms expected late Friday. However, none of this water will have any significant impacts on the current drought. Unfortunately, it will just continue to get worse with very little rain and plenty of 90s in the forecast for at least the next week.

Remember, it is even more critical to time your watering appropriately, both to conserve water and to help our vegetation as much as possible. DO NOT water during the day. Only water from dusk till dawn when temps are cooler, limiting overall evaporation allowing as much moisture to soak in as possible.