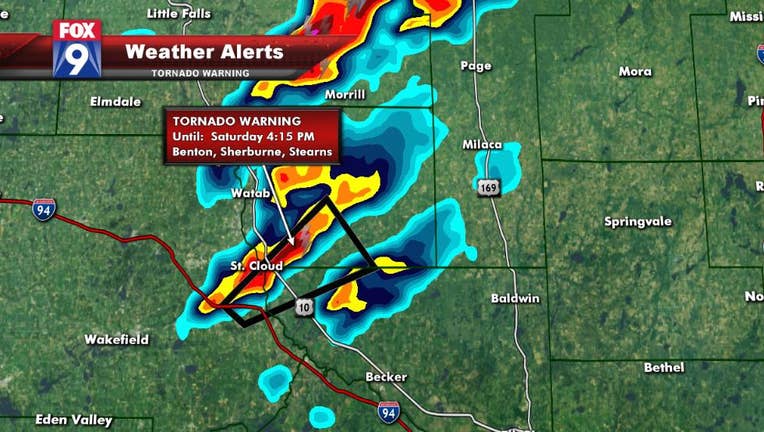 The central region, including parts of the northern Twin Cities metro, face a slight risk of severe thunderstorms Saturday, which could create damaging winds, hail, and have the potential to create an isolated tornado or two.

Around 3:45 p.m., the National Weather Service issued tornado warnings for Benton, Sherburne, and Stearns counties which expired at 4:15 p.m. Another round of warnings were issued shortly after for Kanabec and Mille Lacs counties that were also later cancelled.

More storms are expected to move through the evening.