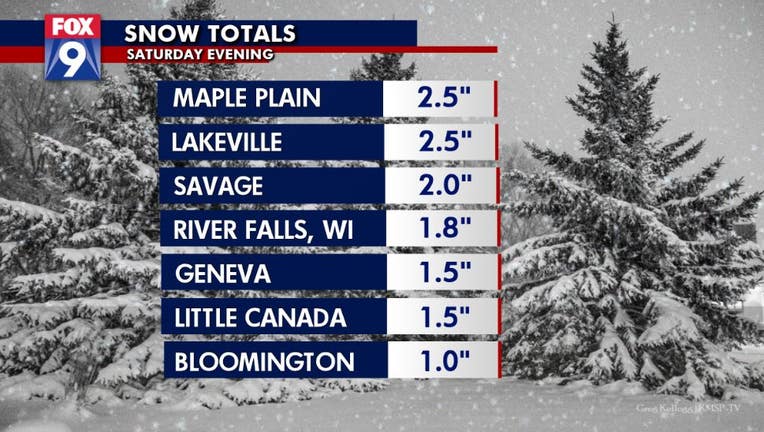 The snow totals as of 9 p.m. Saturday night after an afternoon and evening of snow.

(FOX 9) - A few inches of snow blanketed parts of Minnesota Saturday as winter weather moved across the state.

As of 9 p.m., more than 2 inches of snow had fallen in Maple Plain, Lakeville and Savage, Minnesota. Geneva, Little Canada and Bloomington all reported more than an inch of snow as well. 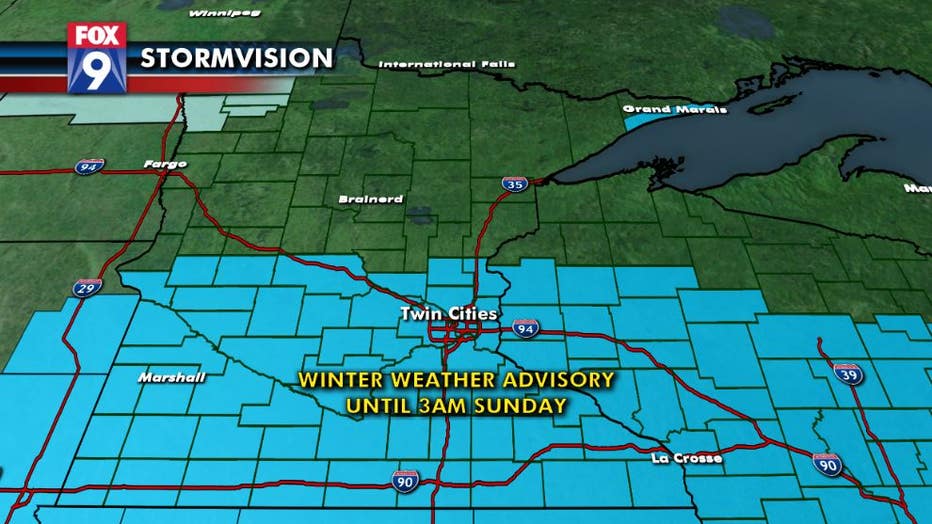 A winter weather advisory is in effect until 3 a.m.

The snow is expected to continue into the night Saturday. A Winter Weather Advisory for much of Central and Southern Minnesota until 3 a.m., when we should expect to see the snow to taper off.

Nearly 150 crashes and more than 100 spinouts were reported on Minnesota roads as a result of the snow.