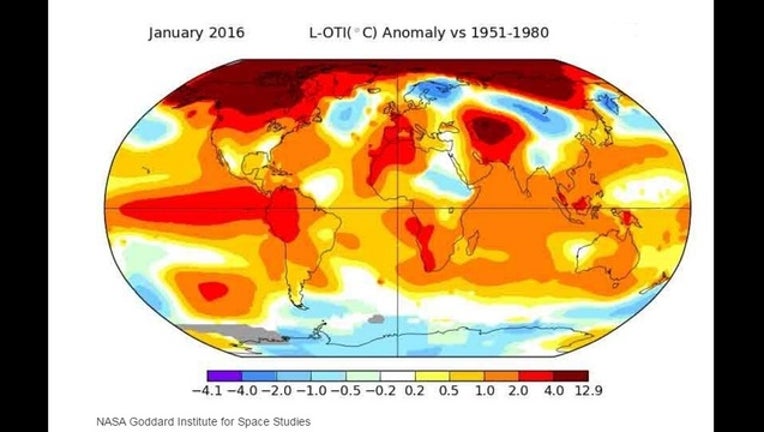 KMSP, Minneapolis - "Here we go again" is a phrase that really fits when talking about the weather heating up in the world. January 2016 saw the biggest departure from average for temperatures for any month ever.

This news is coming on the heals of the fact that 2015 was the hottest year ever. The heat is not evenly distributed, in fact, it was at its most intense on the top of the world. In January 2016, the arctic region recorded temperatures some 7.2 degrees above average for the region. The abundance of warmth is not doing much for the arctic sea ice inventory. The amount of sea ice for January averaged 5.2 million square miles, which is down 400,000 square miles, or roughly 7 percent.