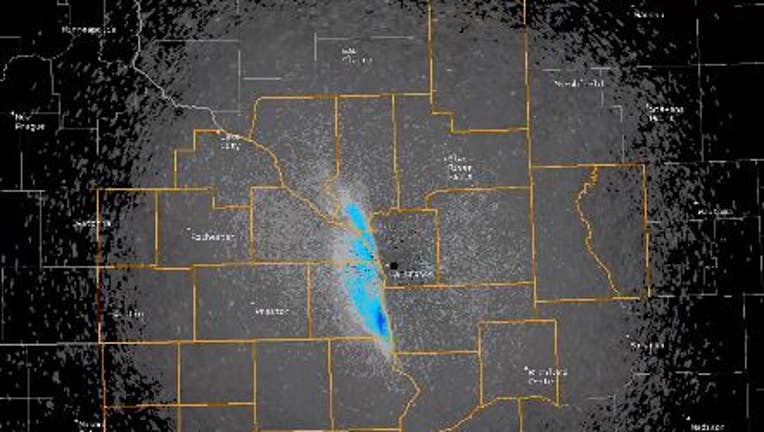 An insect hatch over the Mississippi River near La Crosse, Wisconsin appeared on radar. (FOX 9)

LA CROSSE, Wis. (FOX 9) - So many mayflies hatched at once near the Mississippi River Sunday night it was picked up on the National Weather Service’s radar.

The National Weather Service in La Crosse, Wisconsin shared an image of the radar, showing a mass appear over the Mississippi River on the Minnesota-Wisconsin border around 10 p.m.

“Another night, another insect hatch emerging from the Mississippi River,” NWS La Crosse wrote on Twitter. “Breezy, southerly winds appear to be pushing the insects northward.”

It is not unusual for a swarm of insects to be picked up on weather radar. Last fall, swarms of dragonflies were picked up on radar in three different states. And last June, a massive swarm of ladybugs appeared on the radar in southern California.