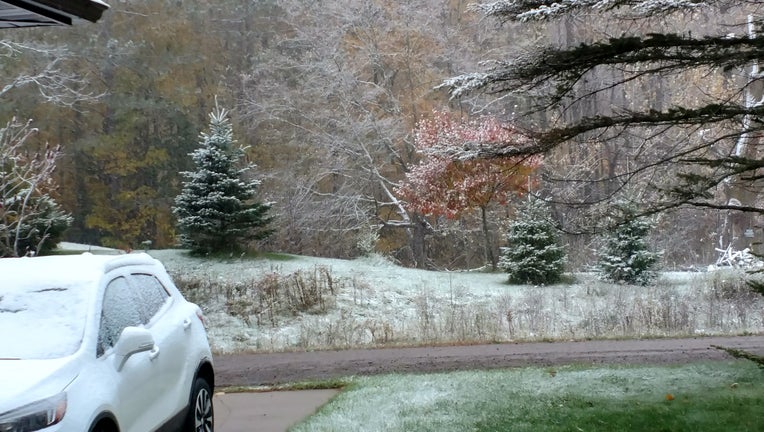 This photo from Keith Moore between McGrath and Finlayson shows some of the flakes Minnesota saw on Saturday. (FOX 9)

While it certainly seems really early in the fall to already get some snowflakes in the Twin Cities, turns out, it’s not all that unusual.

Snow is certainly a common sight in the spring and fall in Minnesota even though we rarely think of snow when we are talking about our transition months. Snow is just for winter right? Wrong. While it is certainly the most common form of precipitation in the winter on average, we get plenty of fall and spring snow in the Twin Cities. On average, well over a foot of snow falls in the non-winter months of the year encompassing more than a third of our average annual amount of snow. More often than not though, including last year, more than half of our annual snow falls outside of those traditional winter months.

But maybe we’re just not used to the early flakes anymore. Looking back over the last few years may show us why. Well the few years before 2018, the earliest we had seen our first snow was the 26th. Even 2014 and 2016 held off another 2 to 3 weeks as we extended our snowless trek to the middle of November.  But that recent trend is actually far later than our long term average, which is October 16th. So last years October 11th felt like an anomaly. Well, until this year when we did it again. 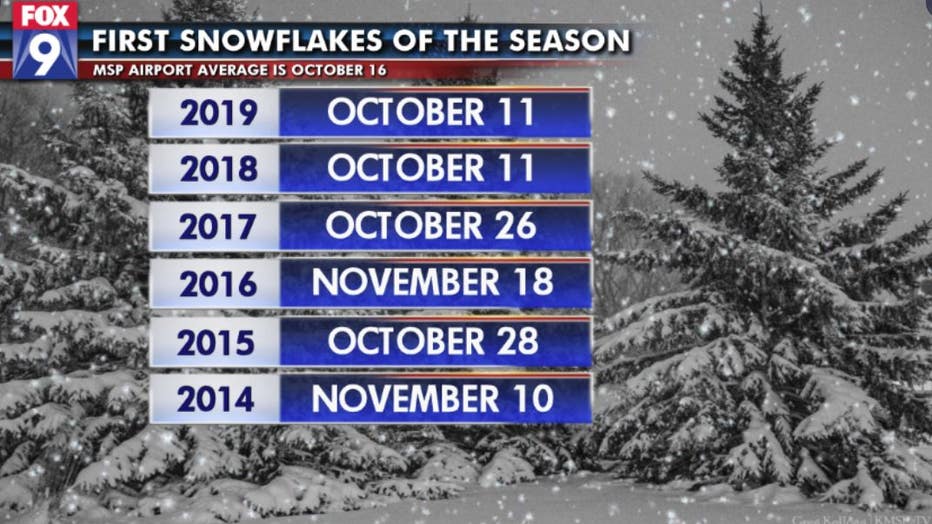 So our early season light snow is not all that uncommon when looking back on our long term history. Needless to say though, the HUGE snow totals in the Dakotas is far more unusual. North Dakota is likely to set a state record for October snow with close to 30 inches falling northwest of Grand Forks. 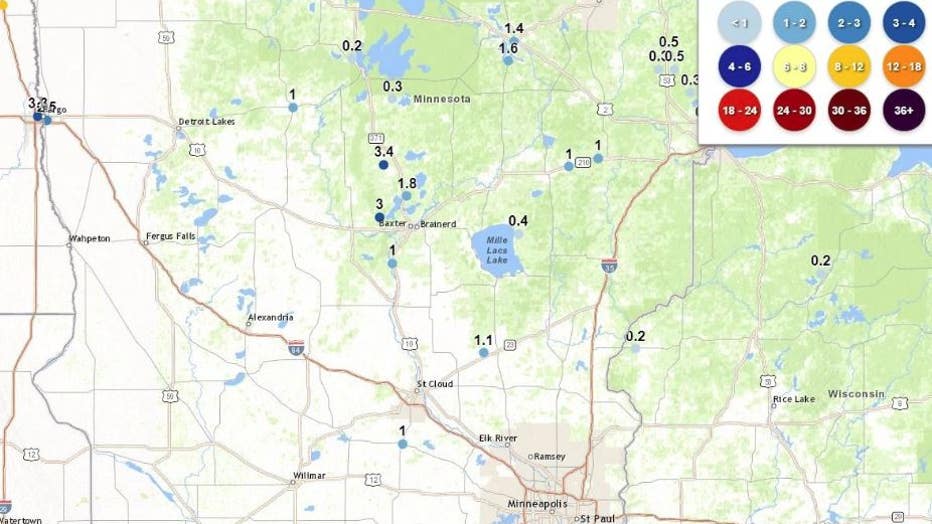 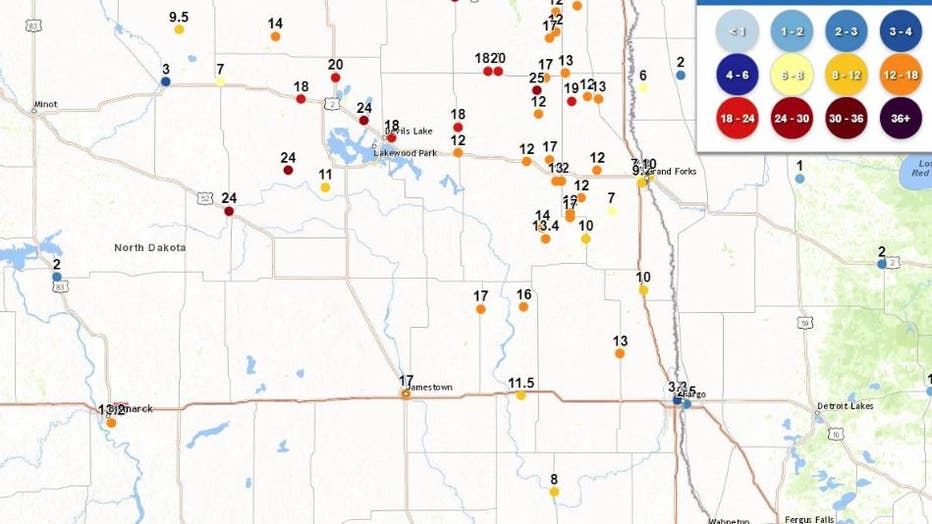