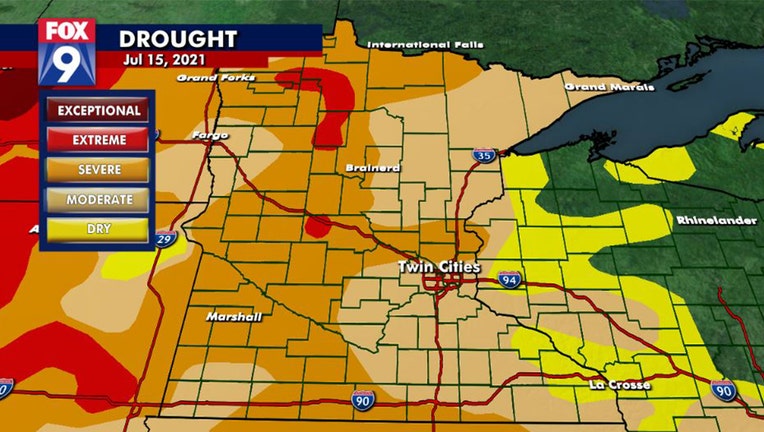 (FOX 9) - Don’t let our rains Wednesday fool you, Minnesota is DRY. While the topsoil may have received a drink, in most cases it wasn’t much and it sure won’t stay damp long. The sunshine is returning and it could easily be another week before anyone in the state gets another drop.

The state experienced it’s third driest and hottest June on record, which set the stage for a quickly expanding drought. River levels are near record lows in the northern half of the state, with well below average stream flows in the south. Lake levels are falling and now some crops are beginning to fail. All signs pointing to a severe and extreme drought.

The hot and dry weather this summer has been especially devastating for Minnesota farmers, and meteorologists warn it is more than just a single-year trend.

Drought can be a fickle thing to completely understand as it's a long term issue that takes a long time to both develop and retract. Even heavy rainfall doesn’t always solve the issue because so much of it can’t soak into the ground, ending up in area streams and rivers. You need rounds of steady and persistent rain to get widespread improvement in soil conditions, something that isn’t in the forecast anytime soon.

Here's how much rain would be needed to suppress the drought and experience drastically improving conditions. 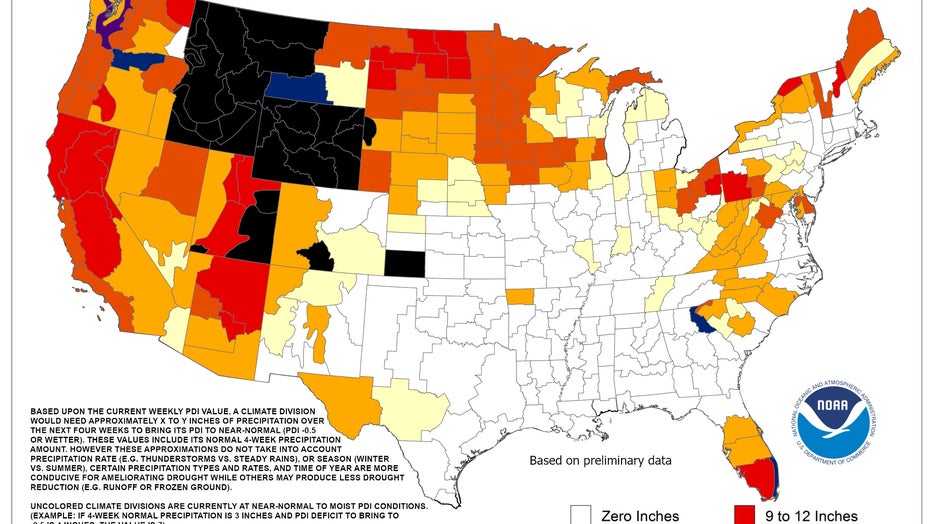 Most of Minnesota needs 6-9 inches of rain just to see some improvements. But remember, this can’t just fall in one spot or another. The ENTIRE area, every single square mile, has to receive at least 6 inches of rain. That’s a really tall task any time of year. Not to mention, that’s 6 or more inches of rain ON TOP of the amount of moisture we typically get this time of year, which is more than an inch a week. So every week delayed, is just another inch or rain we need to rebound.

The overall pattern continues to show hot and dry conditions through the end of the month and if our pattern doesn’t shift at some point in August, this could go down as one of the driest summers in decades statewide.