The difference between storm surge watch and warning

Storm surge refers to the rising water which is pushed by winds inland from the shoreline.According to the National Hurricane Center at the National Oceanic and Atmospheric Administration, the difference between storm surge watch versus storm surge warning boils down to timing. 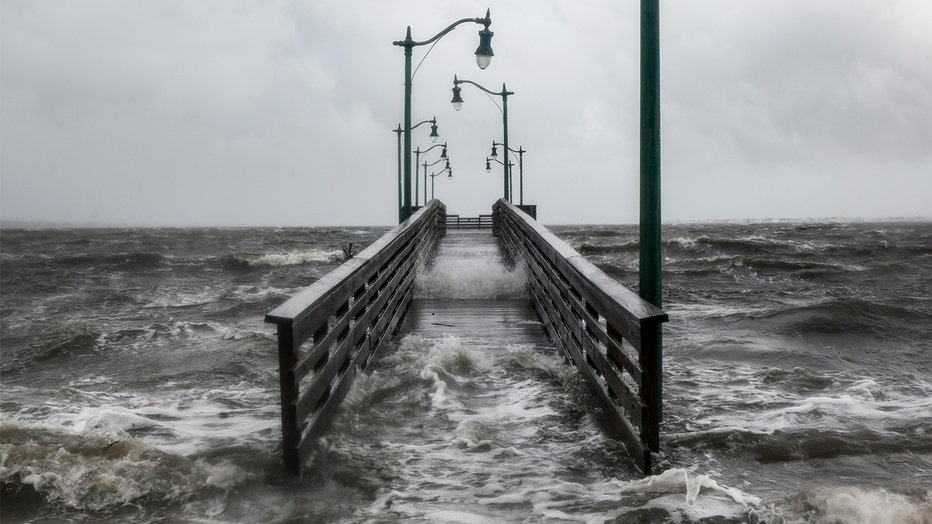 Waves crash over a walkway at the Jensen Beach Causeway Park in Jensen Beach, Florida on September 3, 2019 as Hurricane Dorian crawls toward the U.S., spurring storm surge watch and warning alerts along the East Coast. (ADAM DELGIUDICE/AFP/Getty Images)

A storm surge warning indicates a more imminent threat and is issued when there is danger of life-threatening inundation somewhere within the specified area within the next 36 hours.

A storm surge watch indicates that life-threatening inundation is possible somewhere within the specified area, generally within 48 hours.

The NHC stresses that these warnings, while helpful, are not the only factor people should consider when determining whether they are at risk from storm surge.

“All persons, regardless of whether or not they are in the highlighted areas shown in the graphic, should promptly follow evacuation orders and other instructions from local officials,” the NHC urges.

The NHC has an interactive storm surge watch/warning graphic that can tell you in real time which areas are under which alert. Right now, for example, those on the East Coast can check if their area is at risk for storm surge from Hurricane Dorian.

The graphic identifies the areas which are most at risk of becoming dangerously inundated with storm surge, creating life-threatening situations for people in those areas. The graphic displays areas designated by the National Weather Service as qualifying for inclusion under either a storm surge watch or warning, and differentiates the two by color.