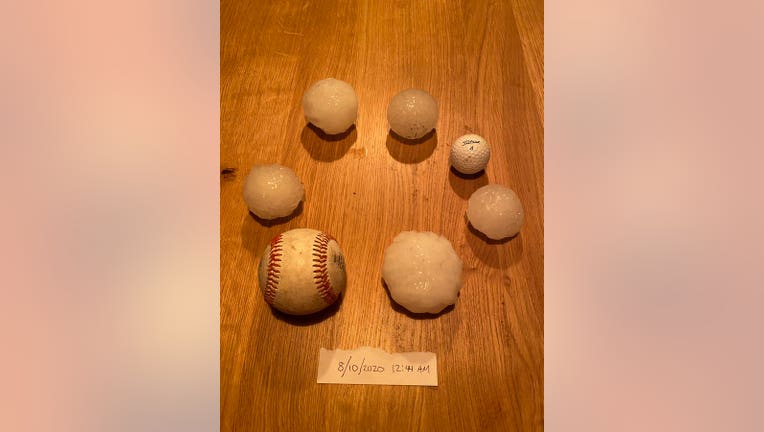 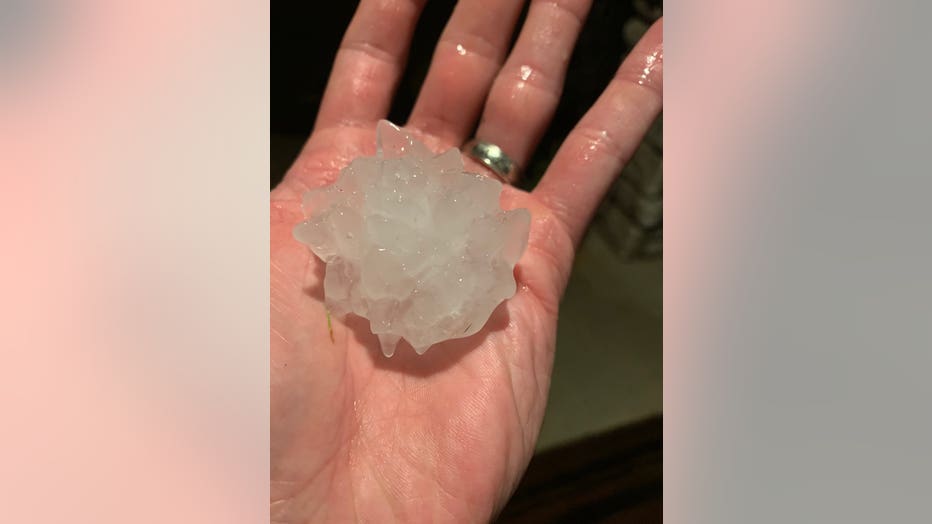 The storms led to severe thunderstorm warnings across the southern half of the Twin Cities metro area and dropped the large hail in places like Loretto, Carver and Chanhassen, Minnesota before 10 p.m. Sunday.

Trees down, blocking roads in Bloomington, Minnesota after overnight storms

Trees are down and blocking roads in Bloomington, Minnesota after overnight storms rolled through the Twin Cities metro overnight.

In Bloomington, the fire department reported many trees and limbs blocking roads throughout the city, particularly in the area between Normandale Boulevard to Xerxes Avenue from 90th Street to American Boulevard. 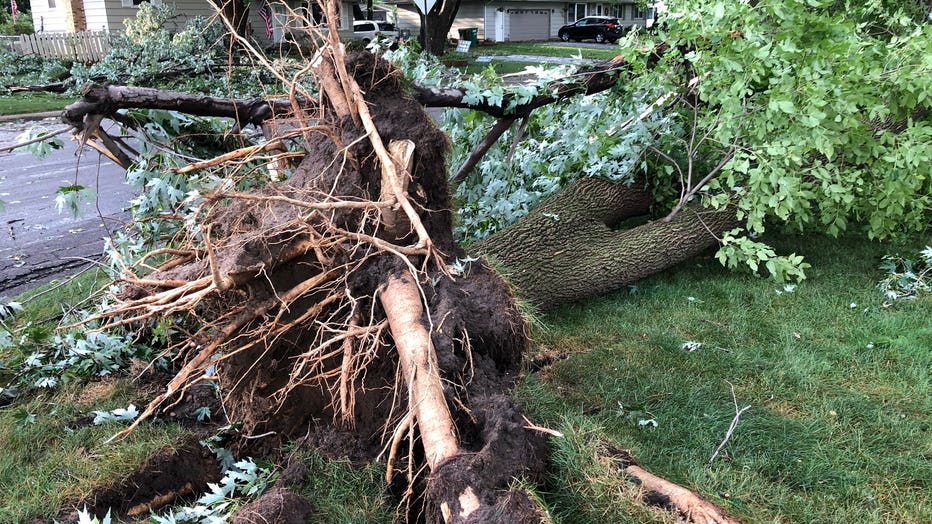 The National Weather Service recorded a 24-hour rain total of 5.53 inches at its office in Chanhassen.

Before the rain there was the lightning. FOX 9 photojournalist Greg Kellogg recorded this video early Monday morning looking North from St. Lawrence Township in Scott County.

Accompanying the storm were winds up to 60 miles per hour and visible lightning.