(FOX 9) - Here we go! Now that we are heading through the second half of February, temperatures overall are starting their trend upwards. Obviously, that doesn’t happen all at once, but certainly comes in spurts and it looks like one of those will move in just in time for your weekend.

While snow lovers may not be rejoicing, I think many will enjoy the relatively mild air that pushes into Minnesota on Friday and likely hangs around into early next week.

We start, however, with some arctic air in place Wednesday and Thursday as Canada left their window open, allowing cold air to pour into the state early in the week. 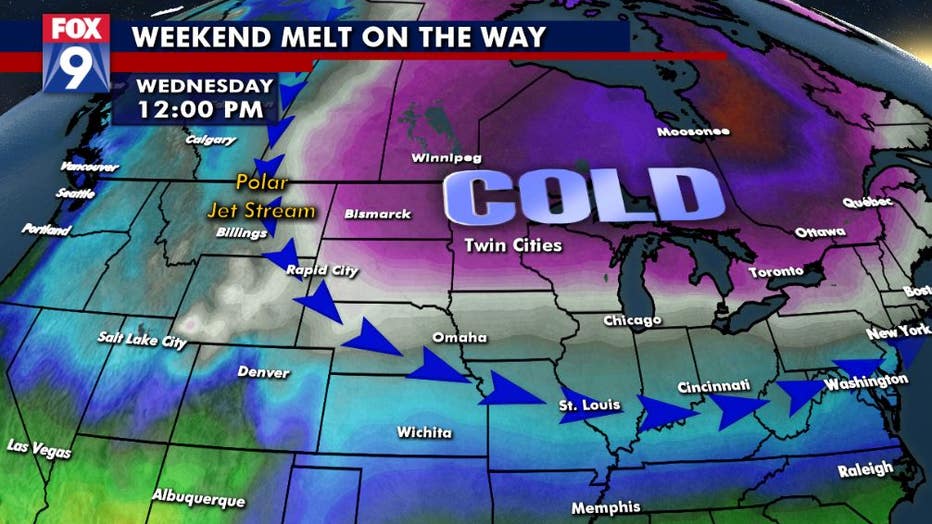 But that polar jet stream, that river of air at the top levels of the atmosphere that separates colder air to the north from warmer air to the south, retreats quickly late Thursday and into Friday. This allows much warmer air to push in from the southern Rockies and western High Plains. 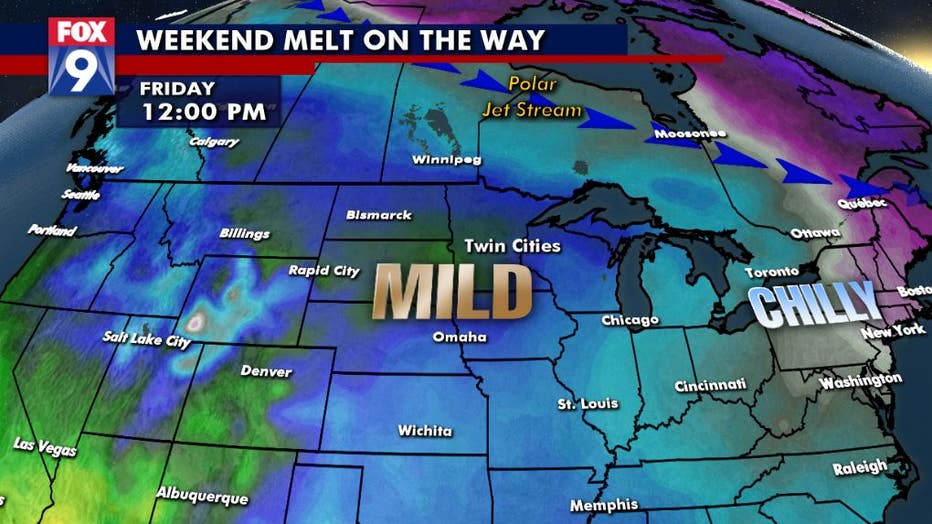 The combination of sunshine and highs in the 30s and even some pockets of 40s will give way to a widespread thaw as well as plenty of compacting and melting of our large snowpack. Much of the state currently has anywhere from 6 inches to 2 feet of snow on the ground, with an official metro snowpack of 9 inches. While all of this is NOT likely to melt, many areas could lose at least several inches of snow before cooler air is likely to return by the middle part of next week. 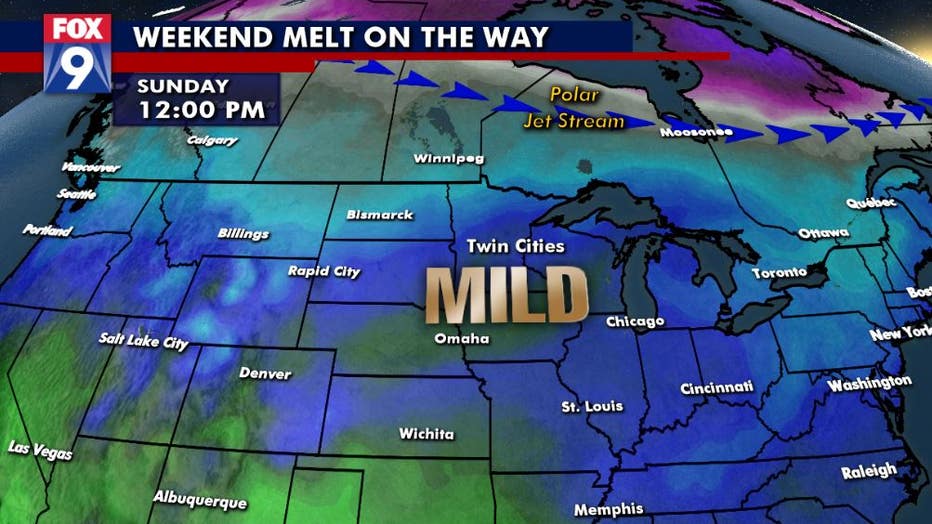 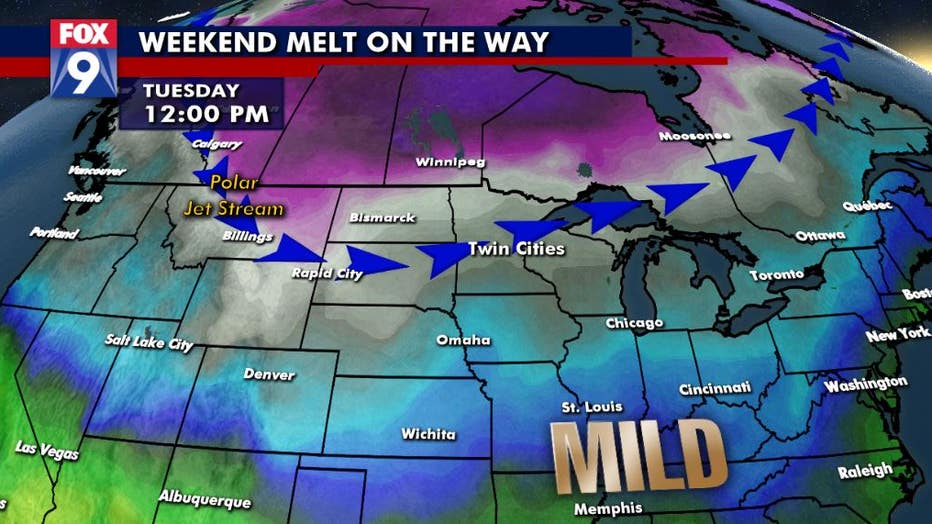 The metro has now seen 84 straight days with at least 1 inch of snow on the ground. This streak SHOULD hold through our upcoming thaw. That said, much of our metro snowpack could easily be cut in half by early next week.